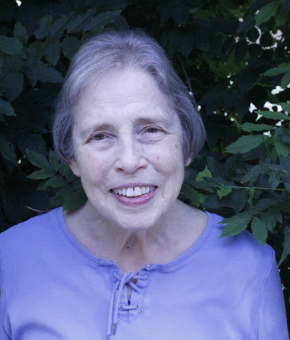 Judith Osha, M.D. was a pediatrician and pioneer for women in science careers. Born outside of Evansville, Indiana, she attended high school in Boonville and graduated at the top of her class. Dr. Osha attended Radcliffe College (the female section of Harvard University) and earned a bachelor’s degree in physics in 1964 . After graduating, she researched under Edwin Land, co-founder of Polaroid and the primary inventor of instant camera technology. In 1965, she married Frank Osha and went to Georgetown Medical School to become a pediatrician shortly after. Over the course of her career, she earned many accolades, including Georgetown University’s Pediatrician of the Year Award, and went on to publish her works. Dr. Osha traveled worldwide, including in China, Japan, Hong Kong, Russia, and Turkey, to pursue her ambitions with her family. In 2004 after her husband passed away, Osha entered her retirement and served as an associate professor at Georgetown University to continue to pass her knowledge down to future generations of doctors. Dr. Osha will always be remembered for her kindness and passion as she strived to help those around her and her community.