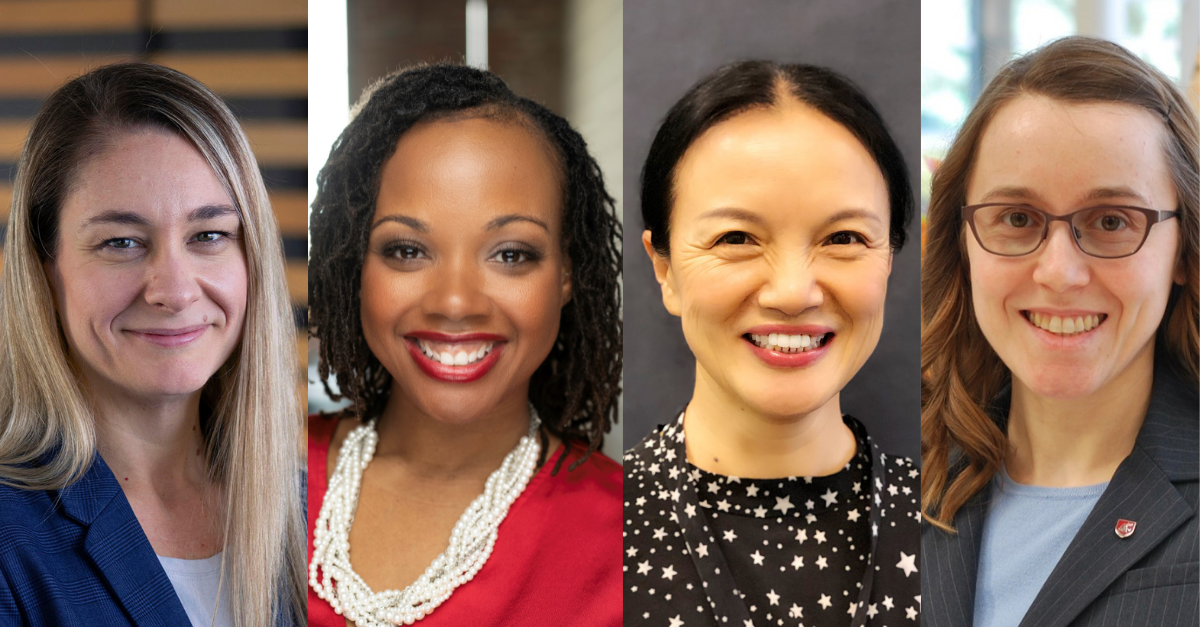 In my role as Chief Human Resources and Diversity Officer and throughout my career at Corteva Agriscience, I’ve been privileged to work with some of the most innovative and inspiring women in the science, technology, and agricultural fields.

Every day, I see women who are passionate about the role of science in feeding, fueling, and securing the world, strengthening communities, improving the environment, and empowering millions of farmers with the support they need to run healthy, viable, and sustainable businesses.

While Corteva is still a young company (we were spun off from Dow and DuPont less than three years ago), we are maturing and unifying behind a powerful “culture of belonging” that is foundational to fulfilling our innovation, diversity, and equity (ID&E) aspirations.

I’d like to introduce you to four of these leaders—women who are advancing our ID&E initiatives, enhancing science, innovating agriculture, and inspiring colleagues and peers the world over.

Veronica White: “We are They” 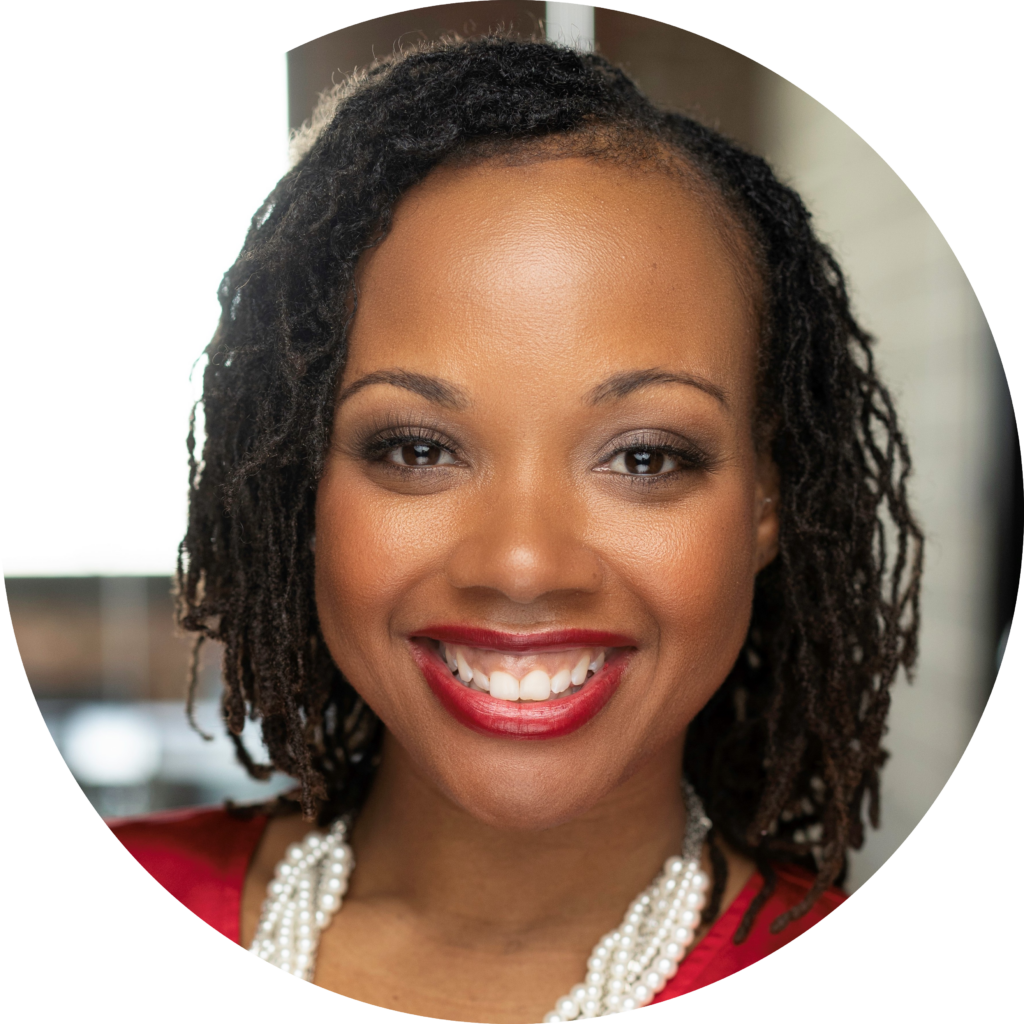 We are the ones who are going to make sure that our children are not going to face the same workplace disparities that are going on today. There is no magical they, it is us. — Veronica White

As an African-American woman scientist in agriculture, biotechnologist Veronica White feels a deep responsibility to give back to those who have blazed a path forward for her and others in her field. Based at Corteva’s sprawling research and operations facilities in Johnston, Iowa, White is leading an ambitious initiative to raise awareness of opportunities in science and agriculture among Black and Brown communities in the United States and around the world.

The Global African Heritage Alliance (GAHA) Business Resource Group, in which she has served as a leader, has organized efforts at Corteva sites in several locations in the United States, Africa, Europe, and the Middle East.

This past January, White and GAHA helped the company honor Dr. Martin Luther King Jr.’s legacy with a virtual program, filled with musical performances, a captivating montage of Dr. King’s “I Have a Dream” speech by Corteva employees, and an open and engaging panel discussion from company leaders.

In addition to the global celebration, local GAHA chapters performed a day of service in their communities. In Johnston, White and other volunteers worked to provide shelter, food, and other types of care to homeless individuals in the area.

“We had 55 Corteva volunteers gather in shifts to prepare over 300 lunches filled with personal notes of hope for distribution to the community,” says White. “I had the honor of delivering the lunches and notes to the facility and saw the need firsthand. It gave me a great sense of pride in our people when I saw the spark in the faces of those we served, as they read the kind words in the lunches.”

White and GAHA have also organized learning events around the history of women and minority pioneers in agriculture and are setting their sights on developing diversity and inclusion programs around other important observances worldwide, including Nelson Mandela Day in South Africa in June. 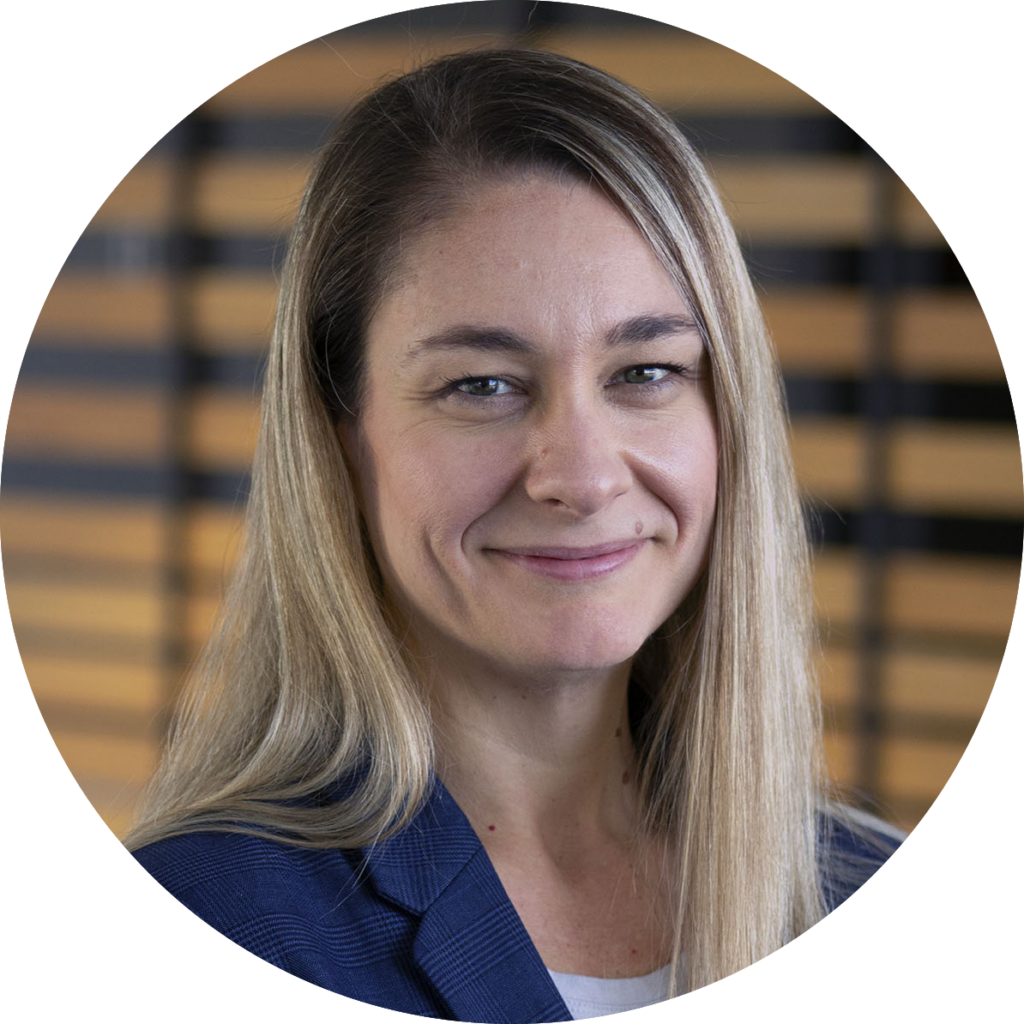 If my career ended today, I would have the satisfaction of knowing that I worked with people—and was part of something—that truly advanced humanity and well-being. — Gina Zastrow-Hayes

The “we are they” philosophy also sums up Gina Zastrow-Hayes’s journey since the onset of the Covid-19 pandemic. ZastrowHayes, who serves as Corteva’s Genomics Technology Leader, spearheaded a group of company molecular geneticists to support an Iowa-based hospital group in developing Covid testing kits, as the pandemic first ripped through the state and across the nation.

“We were called upon early to assist in filling gaps in testing—gaps that required deep knowledge of molecular characterization tools, which are vital to the tests,” says Zastrow-Hayes, a nearly 14-year Corteva veteran. “Mercy One, the health-care group, brought the medical know-how and relied on us for the molecular know-how.”

The intense, around-the-clock work resulted in the development of one of the first saliva tests to be used for detecting Covid, an innovation that has benefited thousands of Iowans. She and her team also worked on new testing platforms, with support from Corteva and the Bill & Melinda Gates Foundation, to enable higher throughput Preliminary Chain Reaction (PCR) tests utilizing custom collection devices, which are now being adopted worldwide.

Additionally, the rapid-response lab that Zastrow-Hayes led for 18 months, with support from Corteva, was effective in easing backlogs in hospitals across the state. These innovations and others led USA Today to recognize Zastrow-Hayes as the 2022 Iowa Woman of the Year, an honor she humbly deflects as an “all Corteva effort.” “This award belongs to every member of the team,” she says. “We all came together at an unprecedented time in our lifetimes to do something that truly benefited mankind. If my career ended today, I would have the satisfaction of knowing that I worked with people—and was part of something—that truly advanced humanity and well-being.”

Yuhong Ju, PhD: “Walking A Mile in Others’ Shoes” 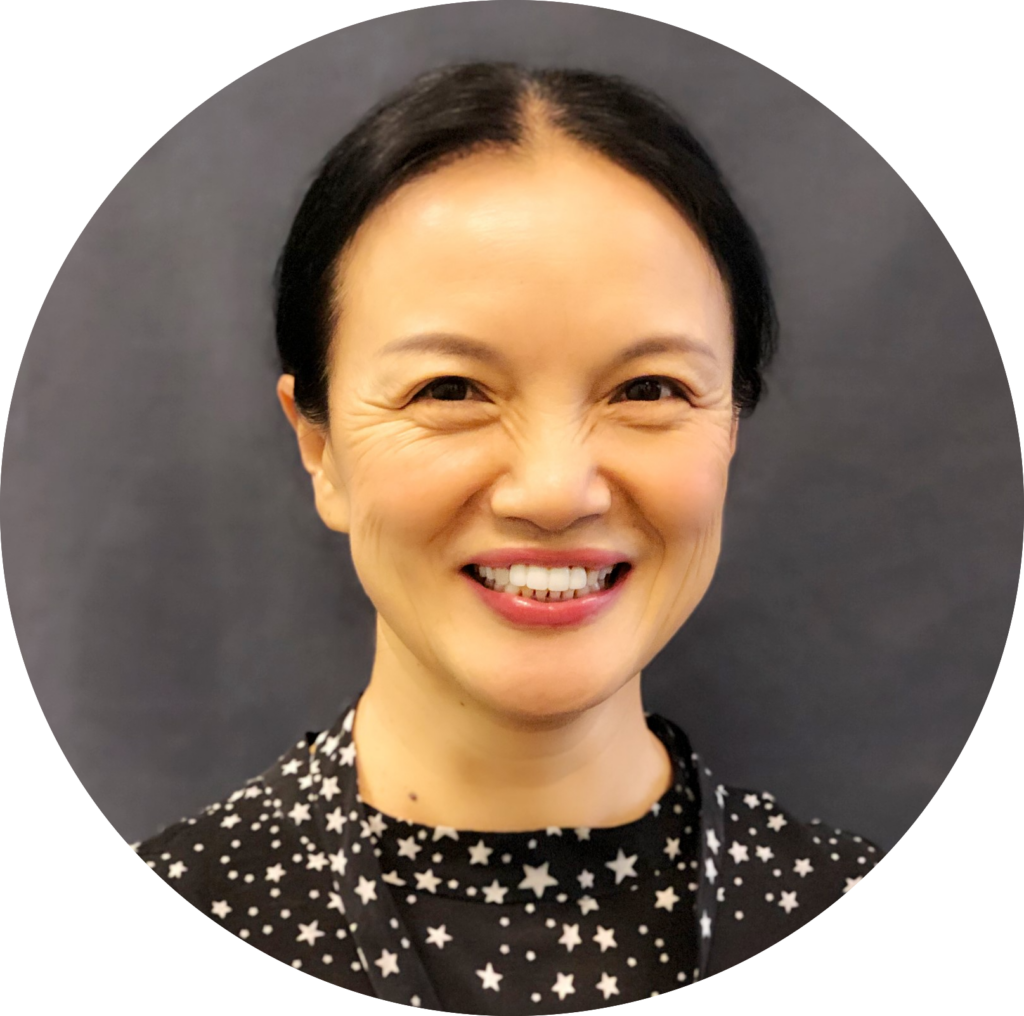 Food security and innovation go together, and Corteva has so many opportunities to lift up the [Asia] region and its farmers and consumers. — Yuhong Ju, PhD

The Singapore-based chemist has seen, up close, the numerous challenges faced by Asia’s millions of smallholder farmers, most of whom are women and over the age of 55. Growing up in Lanzhou, a city of 4 million people in arid, northwest China, Dr. Ju lived near small farms with inefficient planting and harvesting methods, backbreaking labor, and low yields of wheat and potato crops.

“I learned early in life that innovations in agriculture could better feed communities and provide a better quality of life for millions,” says Dr. Ju. “And in Asia, in particular, when we improve agriculture, we better the lives of millions of women.”

Dr. Ju describes a trip she made into a ricegrowing region of China early in her 13-year career with Corteva’s heritage company, and how it opened her eyes to the importance of finding better ways to help farmers.

“I was on a rice farm, in the middle of these wet, muddy pools of water, trying to gain my footing and not fall over,” she says. “I wasn’t doing too well, to be honest. The conditions were very tough. Yet I saw these incredible women, most of whom were much older than me, carrying heavy equipment on their backs and fighting to stay stable in this muddy and slippery terrain. The effort and stamina they showed were unbelievable.”

This experience of “walking a mile in others’ shoes” proved gratifying for Dr. Ju, when she and her team had the opportunity to develop a rice crop-protection system that allows farmers to spray, using drones instead of having to immerse themselves in the mud and mire.

“That one factor made life exponentially easier for these women and much more profitable at the same time.“

Dr. Ju is excited about what the future holds for agriculture across Asia. “Food security and innovation go together, and Corteva has so many opportunities to lift up the region and its farmers and consumers. 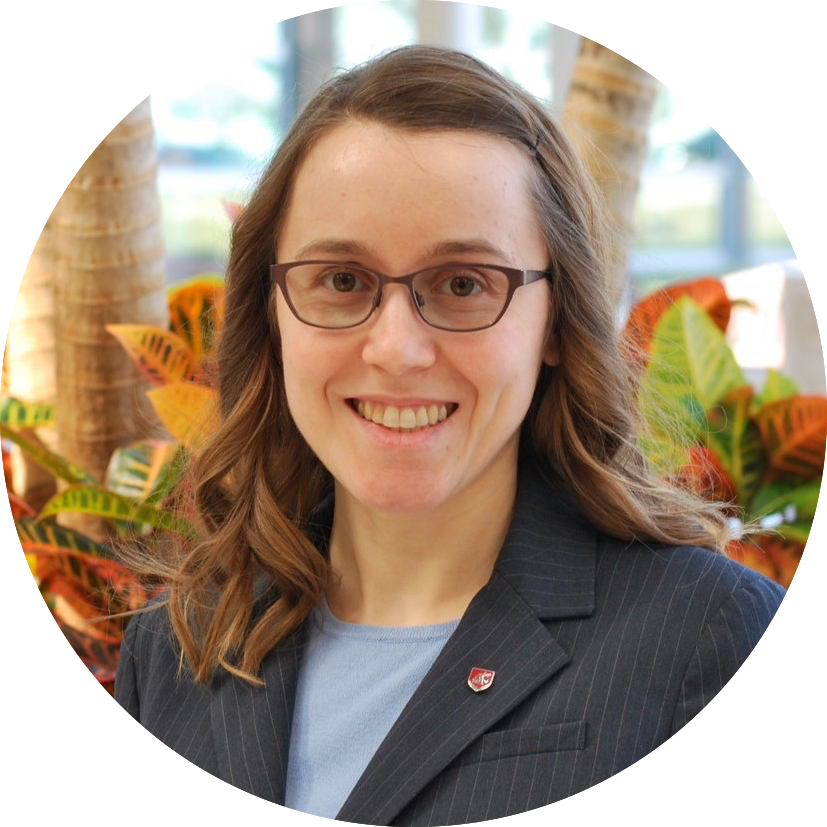 Like so many women leaders at Corteva, Dr. Laura Wayne, Oils Discovery Leader, wears many hats, including those of a scientist, recruiter, ally, and mentor. A 10-year veteran of Corteva, Dr. Wayne was recently tapped to lead a sweeping initiative to recruit more men and women of color into the company’s Research & Development team—an effort that also keeps her in close collaboration with Veronica White and Gina Zastrow-Hayes.

The inclusion, diversity, and equity taskforce, which was launched in 2020, is focused on three prongs: university engagements, internships, and ID&E training specifically designed for all hiring managers. Over the past year and a half, Dr. Wayne and her team have visited dozens of college campuses across the United States, with the aim of recruiting more underrepresented groups of science, agriculture, and engineering students to Corteva. Closely aligned with this recruitment focus is a new training program, which aims to help hiring managers become more aware of and astute about specific challenges and opportunities associated with recruiting a more diverse workforce in the highly competitive STEM landscape, and to minimize unconscious bias during the hiring process.

Another key component of the ID&E program is an expansion of internships for women and minorities, providing handson laboratory and research opportunities for students and young scientists to work closely with Corteva’s leading scientists.

Additionally, Dr. Wayne mentors young visiting scientists as part of the company’s Ag Equity Initiatives. One such scientist is Rasika Aher, a graduate student from the International Crops Research Institute for the Semi-Arid Tropics. Working with Dr. Wayne and the team, she completed a 12-week collaborative research assignment focused on rancidity in pearl millet, a critical food source in the semiarid tropics of the world.

The Indian scientist split her time between two labs, improving knowledge of pearl millet transformation and gene editing with one group, while gaining a better understanding of how rancidity develops in pearl millet flour in another.

“We learned from each other and appreciate Rasika’s dedication and passion for her work,” says Dr. Wayne. “[Techniques] combining biochemistry and advanced plant-breeding tools are important to finding solutions and delivering greater value to farmers and consumers.”

Rancidity is a significant contributor to waste and has a big impact on women, who contribute to most of the household grain milling. The research being conducted comes with the promise of curbing rancidity, securing more foods, and freeing up valuable time and resources for women and communities around the world.

Indeed, these are the same end results that are closely tied to Corteva’s mission to enrich the lives of those who produce and those who consume, ensuring progress for generations to come.

Audrey Grimm is Chief Human Resources & Diversity Officer of Corteva Agriscience. Prior to this role, Audrey served as Vice President, HR Europe, Africa and Middle East, a position she assumed in 2017. Her responsibilities were later expanded to include Global Culture and Inclusion, Diversity and Equity. A native of France, Audrey is an 18-year veteran of Corteva and heritage company, Dow Agrosciences.