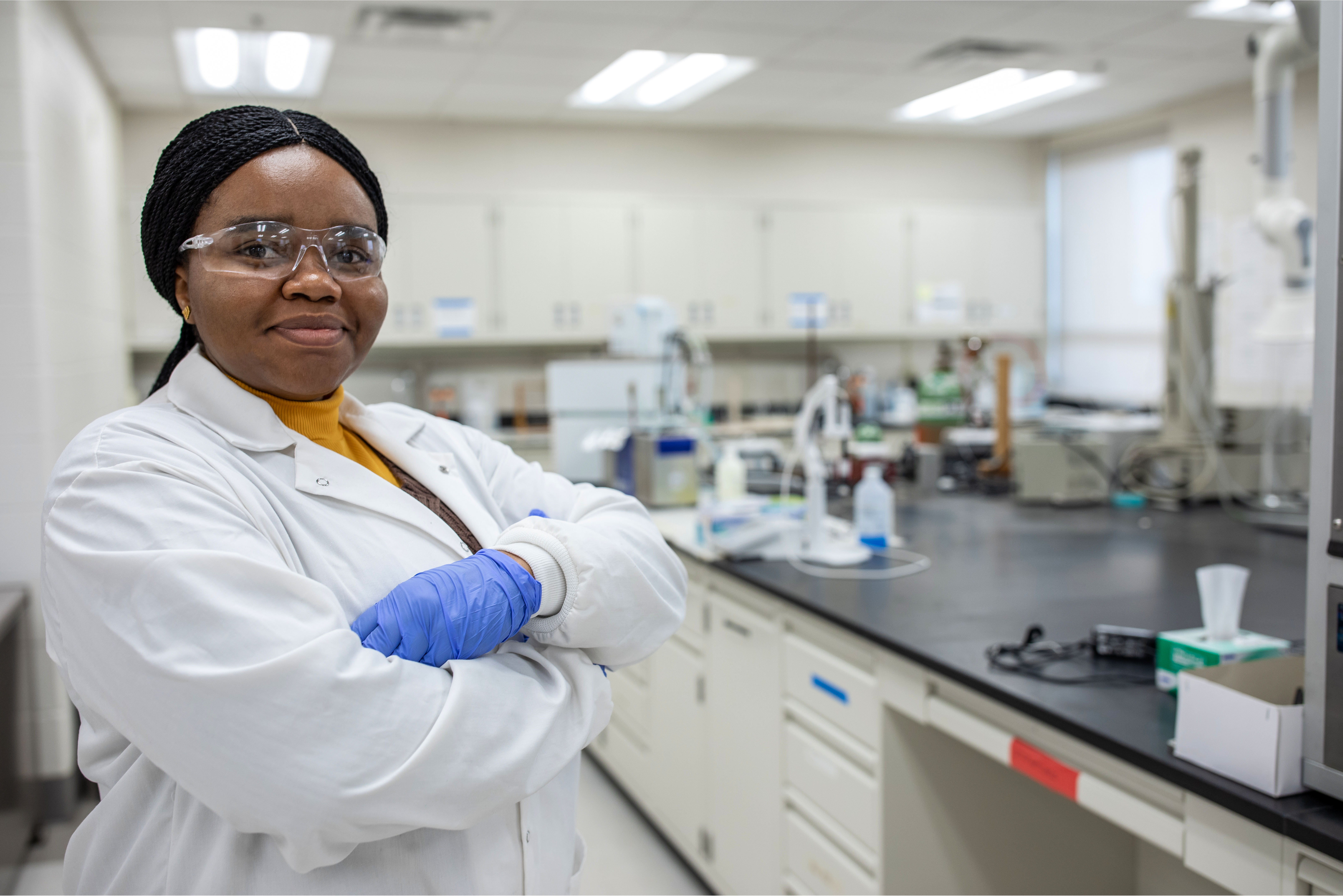 Succeed or Keep Trying: The Motto that Shapes My Perspective

Feature photo by University of Kentucky

We all tell our own stories with some nostalgia, although our memories may reflect both joyful and gloomy experiences that shape us. My personal story reflects an ongoing journey of determination tinged with confidence: I either make it or keep trying; there has never been a middle ground.

My most distant memories come from when I was about five years old and my mother was a teacher in my school. I had to satisfy my own competitive instincts—and my urge to win—while making my mother proud. While other pupils in the school were only saddled with the responsibility of excelling in their own classes, I felt a greater responsibility: I believed that I had to excel as a student leader for the entire school, both morally and academically.

This belief profoundly shaped me, and I inadvertently carried it to my high school as a teenager. Although my mother was not a teacher at the high school, I held onto views shaped by the discipline I had received under her watch. Yet when I eventually left my parents’ cocoon to attend a university in another state, I finally had all my disciplined upbringing put to the test.

Although I had generally excelled in my academic pursuits prior to enrolling at Obafemi Awolowo University, my success was primarily due to having a photographic memory. I could memorize a whole book and regurgitate the facts during examinations. This method, however, failed me in my first year of university work, when I needed to solve abstract physics and chemistry problems. I failed a course for the first time in my academic career, and I struggled in many other classes, compiling a scoresheet dotted with D’s and E’s (the lowest grades given in Nigeria’s university system is an F).

Some of my peers who experienced a similar fate switched to less rigorous majors within the university, while some friends left the university altogether, transferring to lower ranking institutions. I, on the other hand, firmly believed that I had nowhere else to go: I would have betrayed my inherent resolve to never give up, if I had changed my major from chemical engineering or had exited from Obafemi Awolowo, the most highly ranked university in Nigeria at the time. So, I trudged on, and my determination to do so happened to be a crucial turning point in my life.

This period of self-discovery started one night, after my usual early dinner. I took out a calculator to compute my cumulative grade point average (CGPA) at the time, which was about 1.04 on a 5-point scale. My response to this calculation is echoed in a famous saying of my people: “If your tragedy is far more than what is expected, you burst out laughing, rather than crying.” And, indeed, I started laughing that night. What went through my mind during my sorrowful laughter was this: the daughter of an accomplished teacher had come to a premier university, only to be humbled by an engineering school.

After calming down, I decided to compute my CGPA again, but this time around, I put in all my anticipated grades for all the courses I would tackle in my remaining university years, right up until graduation: I calculated those grades as A’s. What now stared at me from the tiny screen of my calculator was pleasing to my eyes on a 5-point scale. That was when the adrenaline got released that is still driving me today.

With newfound determination, I started challenging every concept, every theory, and every mathematical principle introduced to me. My goal was to understand the basics, and it worked. While it is true that the higher you go in engineering school coursework, the tougher it becomes, I was tougher still. I eventually graduated from the chemical engineering department with a magna cum laude degree. At the university, my potential was truly unlocked: I realized that I could indeed have my own dreams (no matter how insurmountable they appeared at times to be) and achieve them; I could face challenges and overcome them.

As I have said, my resolve since childhood has been either to succeed or to keep trying: there has never been an acceptable middle ground for me. Getting a PhD is considered to be the peak of one’s academic studies, but I would go for an even higher-level degree, if there were one in my field. Acquiring a PhD in any field is certainly not a walk in the park, but I believe that with dogged determination, any ordeal can be surmounted. I have actually not allowed my doctoral work to affect the other parts of my life, however. I have tried my best to balance my academic ambitions with my life ambitions. For example, it was while working on my PhD that I gave birth to another lioness, who just clocked in at three years old this September.

It is important that I describe my definition of success. I have been placed in situations where I’ve had to quantify successes of other individuals. I measure success not only by the acquisition of A’s and B’s, or by how quickly or efficiently a task is completed, but also by the attitude and honesty displayed while executing the task. For me, a successful person not only has impressive skills but also displays good character and an honest approach in whatever they do. Even if you seem to have the whole world and to possess innumerable skills, if you demonstrate bad manners or true character flaws (not regular human failings, because no one is a saint), then you are unsuccessful, in my opinion.

You do not actually need a degree to be successful, but you may need a degree to be fulfilled. Whoever pursues a PhD just to be successful, however, has missed the whole point. In reality, they do not teach my own definition of success in PhD programs. I believe that you acquire true success by drawing on your childhood upbringing, by absorbing what your society teaches you, and also by associating with good people. A doctorate is not necessarily a mark of success but is, rather, an accolade that highly determined people can acquire; it is like the fulfillment one gets from completing a marathon, even if one comes in last place.

If you are planning your career, you need a positive mindset, the type of mindset that optimistic individuals possess. People who are optimistic acquire a sim card even when they cannot afford a phone. But in addition to optimism, you need to expect and embrace failures, perhaps the most important part of human existence: we are failing creatures, we fail repeatedly, and from these failures, we learn massively. The reason why many people don’t succeed in reaching the pinnacle of their careers is that they hate their failures, rather than embracing them.

In my opinion, my career journey is just getting started. I graduated with a doctorate in chemical engineering at the peak of a deadly pandemic and naturally, I was inclined to utilize my learnings to help provide succor to the world. Currently I carry out research activities in the downstream bioprocessing industry where I develop novel purification platforms like chromatographic resins and membranes. These materials are being used to improve the downstream processing of various vaccine modalities. I feel very fulfilled because I am part of a team that is helping change lives.

In conclusion, you are going to be “moved” away from your goals if all you expect every time you start something new is success. Truly successful people, on the other hand, are only temporarily “shaken” when failures knock at their doors. As my people say: “You should only be shaken like the trees by the riverbank; they are swayed in all directions by the river current, but they are never moved.”

Dr. Joyner Eke is a research scientist at ThermoFisher Scientific and also the fundraising chair of Bedford Family Connection. She received her PhD in chemical engineering in 2020 from the University of Kentucky. While at the University of Kentucky, she received several awards for her research. She was a student of Dr. Isabel Escobar, Chair of the AWIS National Governing Board. Dr. Eke has been an AWIS member since 2021.