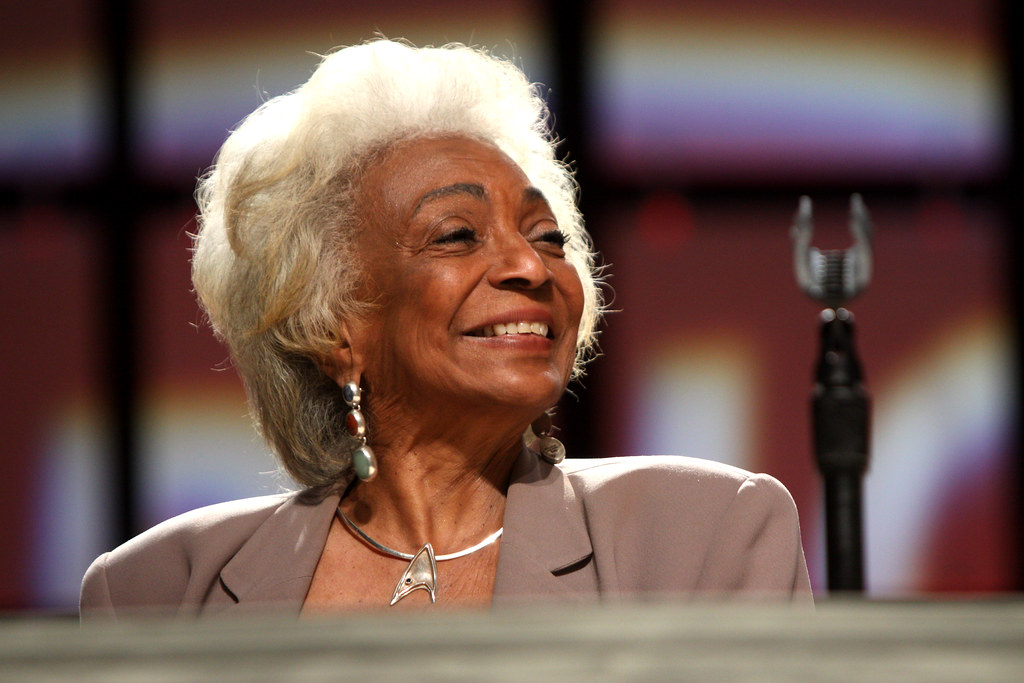 Space Is for Everyone: NASA leaders discuss the impact of Nichelle Nichols

In 1975, the National Aeronautics and Space Administration (NASA) hired Nichelle Nichols, best known for her role as Lieutenant Nyota Uhura in the television series Star Trek, to execute a marketing campaign encouraging women and men of color to apply to the space program. Slogans like “THIS IS YOUR NASA” and “Space is for Everyone” resulted in a pool of over 8,000 diverse applicants within four months. The next class of 35 astronauts included eight women and six men of color.

Nichols’ success was chronicled in the documentary Woman in Motion. AWIS hosted a screening of the film and then a webinar, “Space is for Everyone: Ensuring Diversity at NASA,” on April 19, 2022. The panel discussion included women leaders at NASA and was moderated by Meredith Gibson, CEO of AWIS. Panelists Dr. Tahani Amer, Dr. Sharmila Bhattacharya, and Director Barbara Brown shared their career experiences, advice on joining NASA, and NASA’s approach to diversity.

The panelists hold various positions at NASA and its centers. Brown serves as the Director of Exploration Research and Technology Programs at NASA’s John F. Kennedy Space Center. Dr. Bhattacharya is the Program Scientist for Space Biology in the Biological and Physical Science Division at NASA Headquarters. Dr. Amer is the Program Executive for the Earth Science Division in the Science Mission Directorate at NASA Headquarters.

Each panelist had a unique perspective on the film and on Nichelle Nichols. Brown credited Nichols for inspiring her to join NASA. In 2000, Brown received a NASA Exceptional Service Medal. She said, “At the award ceremony, Ms. Nichols put the award around my neck, and I took a picture with her . . . I’ve done a lot of wonderful things, but that was just so special.”

The idea of working at NASA, when compared with the actual experience, varies for everyone. Dr. Amer says, “When I joined NASA, I felt like a little kid in a candy store. There are all these good projects and activities that you can learn and develop and share with everyone.”

This insightful panel offered a small glimpse into life as an employee, woman, and minority at NASA. Attendees learned how NASA supports women during their motherhood journey by providing on-site childcare, accommodating new mothers with a lactation room at work, and allowing flexible schedules. They offered tips on getting into NASA via internships or fellowships run by NASA’s Office of STEM Engagement.

The panel also discussed NASA’s diversity, equity, inclusion and accessibility principles; obstacles they’ve faced in their career; the impact of NASA’s research; and NASA’s future plans. Their resilience and determination are evidence that women belong in all spaces, sectors, and STEM organizations.

Dr. Bhattacharya notes, “Nichols kept saying ‘where are my people?’ That really struck a tone with me. From a NASA perspective, I want to tell her, ‘We are here now. And we are planning to achieve great heights.’”

Watch Woman in Motion to learn more about how Nichelle Nichols changed the face of the NASA space program. The film can be streamed on Paramount+ or Peacock and rented on Prime Video, Apple TV, or Vudu.