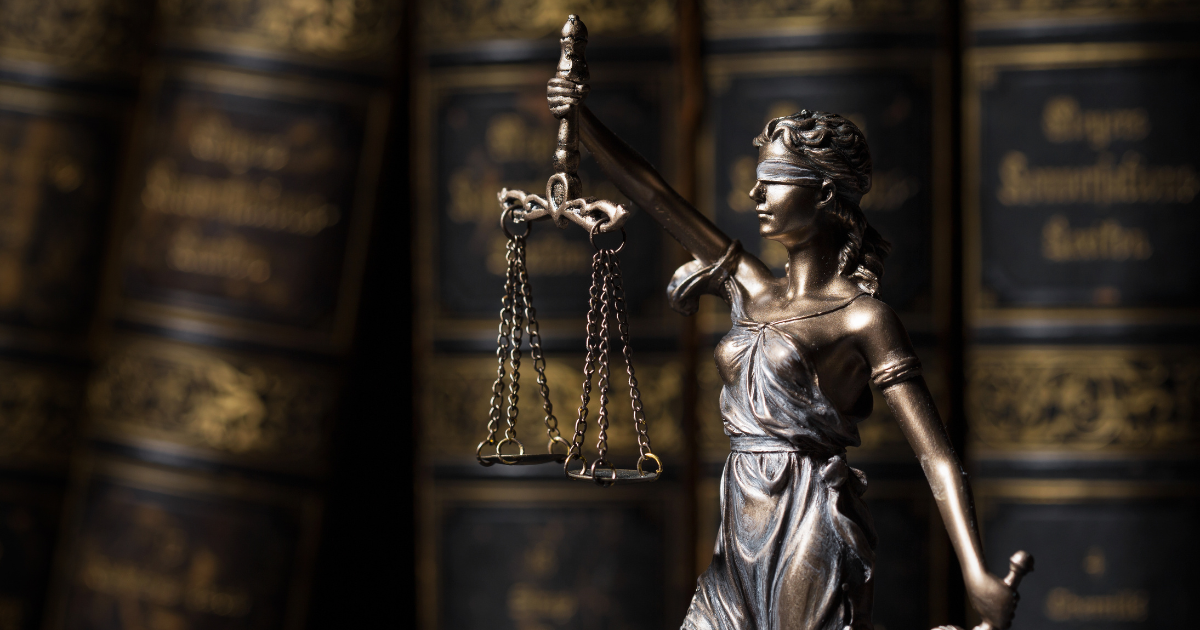 Data forms the basis of all scientific research. Our ability to trust published data has a monumental impact on what research can be funded and, in turn, on how new technologies, treatments, or products may be developed. However, with advances in technology and increasing competition for scientific positions, scientific misconduct is on the rise.

What Is Scientific Misconduct?

Examples of misconduct include publishing data or conclusions that were not generated by experiments or observations, but instead were invented or were the result of data manipulation. In research and scientific publishing, there are two typical kinds of misconduct:

Fraud Is the Exception, Not the Rule, in Science… But It Does Happen

Misconduct by fraud now accounts for more than 60% of publishing retractions. As early as 1992, a survey conducted by the American Association for Advancement of Science reported that 27% of scientists had encountered a suspected fraud during the past 10 years.

The recent events of the COVID-19 pandemic have also highlighted the consequences of such misreporting. Fraudulent data poses very real risks to both science and the public, such as the misinformation about dangerous health practices that has misled consumers and patients during this global health crisis.

To address this increase in misreported data, scientists are starting to develop new tools like Retraction Watch, a searchable database of over 18,000 retracted papers and conference abstracts. Along with providing such tools, some individual scientists have dedicated themselves to improving the integrity of science. One such crusader is Dr. Elisabeth Bik. Dr. Bik is a Dutch microbiologist and scientific integrity consultant, known for her work detecting photo manipulation in scientific publications. She is responsible for identifying over 4,000 potential cases of improper research conduct and hosts the Science Integrity Digest blog. In 2021, Dr. Bik was awarded the John Maddox Prize for outstanding work exposing widespread threats to research integrity in scientific papers.

While these advocates work to address research fraud reactively, after it has been communicated or publicized, their efforts must go hand in hand with those of our research journals, which are on the front lines in proactively improving ethics in scientific publishing.

It was my pleasure to speak recently with Dr. Amy Kullas, Director for Ethics and IDEAA (inclusive diversity with equity, access, and accountability) at the American Society of Microbiology (ASM) about her career and to get her thoughts on how to improve research integrity and ethical conduct. Dr. Kullas has worked for ASM for over five years and is responsible for oversight and management of its organizational ethics policies and procedures program. In her role, she oversees and facilitates the reporting process, discussions, and resolution of allegations relating to science ethics, misconduct, and harassment.

LSS: Can you tell me a little about your role at ASM, and how you got there?

AK: I have been with ASM since late 2016. When I initially joined, I worked as a Publishing Ethics Manager to maintain the integrity of the scientific record within ASM’s 13 scientific journals, including investigation of allegations related to research misconduct.

This included design and implementation of policies and educational modules to help authors conform to best practices in publishing ethics and to work with the editors to ensure we appropriately respond to potential allegations. Notably, I developed and implemented ASM’s data citation policy and language for ASM’s Instruction to Authors.

In 2019, ASM underwent a more comprehensive ethics review, which allowed us to centralize policies and procedures relating to ethics, to not solely focus on publishing. This allowed us to take a more holistic organizational approach, leading to the development of the ASM ethics department.

Now as the Ethics Director, I am responsible for oversight and management of ASM’s organizational ethics policies and procedures program. I oversee and facilitate the reporting process for allegations relating to science ethics, misconduct, and harassment. Additionally, I manage and conduct investigations, discussions, and resolutions/ remedies of these matters as appropriate.

LSS: What was it about the Ethics field that spoke to you?

AK: I wasn’t sure what I wanted to be “when I grew up.” I was going through informational interviews and learning about what opportunities existed. I knew I didn’t want to go into academia but didn’t necessarily know what I wanted to do.

As I did my postdoc at the NIH, one of the career information sessions was about ethics in science, which included my predecessor at ASM and a bioethicist.

When my predecessor was looking to transition to a new role, they let me know there was an opportunity becoming available and encouraged me to apply.

I feel that a lot of what I do is very important in maintaining the integrity of science, and that is really important to the broader scientific field.

LSS: In the media right now there are a lot of articles about falsified data and misconduct. Do you think that we are getting better at identifying false data, or do you feel like the cases of misconduct are increasing?

AK: It’s probably a combination. Within ASM, it was only around 2014, from a publisher perspective, that we began analysis of figures prior to publication to ensure there is no background manipulation, unacknowledged slicing, or other forms of manipulation. But at the same time, as academia continues to be intense and competitive, there is still the publish-or-perish mindset, and people are worried about getting scooped.

ASM has been taking an approach of collaboration to combat this, and we really want to promote a culture of rigor and data sharing that highlights the importance of the underlying data being available, and in repositories, to the scientific community. One ASM journal now has been relaunched to take an even broader approach, in that it publishes negative data studies, studies that have sound data that contradicts the norm in the field, as well as studies that confirm previous publications

LSS: We have been through an unprecedented time in which trust in science is being challenged, and in parallel, this has coincided with discussions around ethics and scientific misconduct. In terms of misreported scientific data, what are your thoughts on its impact on scientists, science, and the public in general?

AK: Misrepresentation of data can have a significant impact on the public’s trust in science. For example, during the COVID pandemic it allowed science to become highly politicized, which can have devastating implications for individuals and for our faith in science as a whole.

One resource that has become of interest for the scientific community is getting the information out in the form of preprints. This allows information to get into scientists’ hands quickly, but there is the caveat that when so much research is coming out in preprint, the media may not understand that the research has not undergone peer review. Right now, we still have ripples from preprint and misrepresented studies from the COVID pandemic happening, such as those on hydroxychloroquine and Ivermectin. We really need to ensure that the media knows the importance of going to the right scientific source or organizations, to ensure sure that we are referencing quality science and studies.

LSS: What are your thoughts on how we can combat scientific misconduct? Are there tools and processes that can drive the culture of ethics?

AK: Having open data, open science, and transparency is really important to the integrity of the scientific and research community.

I appreciate that companies may not want to give away their proprietary secrets, but we need to instill that open access mindset, especially as taxpayers support a significant portion of science within the United States.

There is always more we should be doing, but having funders and organizations get on board is going to be crucial. For example, at the beginning of 2023 the NIH is enhancing their data sharing and policies to ensure that NIH-funded research meets the bar for ethics. The scientific community in general is also becoming more educated, and there are now avenues such as PubPeer, where individuals can anonymously share potential concerns, and Retraction Watch, which highlights which papers have been retracted in all fields and the reasons why.

Although there is training for students, everybody needs to have continued refreshers and conversations about ethics. Even when you get tenure, you need to be mindful of these things.

As scientists, we all need to focus less on impact factor and more on the rigor of the science.

LSS: Do you have any closing thoughts you’d like to share? For example, if someone asked you what was the most important thing about research ethics, what would you tell them?

AK: I really think that transparency is really critical, but also we need to recognize that mistakes do happen. Unintentional mistakes are not the same thing as research misconduct, so we need to understand and appreciate that author correction is not the end of the world. We are all human, and we need to give grace and understanding.

Dr. Laura Szkolar-Sienkiewicz earned their PhD in Biomedical Materials Science from a joint venture between Peptisyntha- Solvay and The University of Manchester, United Kingdom. After dedicating time to a biotech start-up , they moved to Lansing, MI, to research MRI theranostic agents for clinical imaging at Michigan State University. Dr. Szkolar- Sienkiewicz is currently a Principal Privacy and Compliance Manager for Healthcare at Microsoft, and since moving to Seattle in 2017, they have written for AWIS Magazine, have served on the board of Seattle AWIS, and have chaired the board of Women In Bio, Seattle.

Amy Kullas, PhD, is the Director of Ethics for the American Society for Microbiology (ASM). She came to ASM after conducting a postdoctoral fellowship at the National Institutes of Health where she was awarded a Postdoctoral Research Associate (PRAT) fellowship from the National Institute of General Medical Sciences. Kullas obtained a Doctorate in Molecular Genetics and Microbiology from Stony Brook University in New York. She spent her research career focused on understanding the dichotomy of the host-pathogen interaction. Growing up in a Wisconsin farming community, she never fathomed she would live in the nation’s capital. Some of her other interests include science policy, global health, and STEM education.