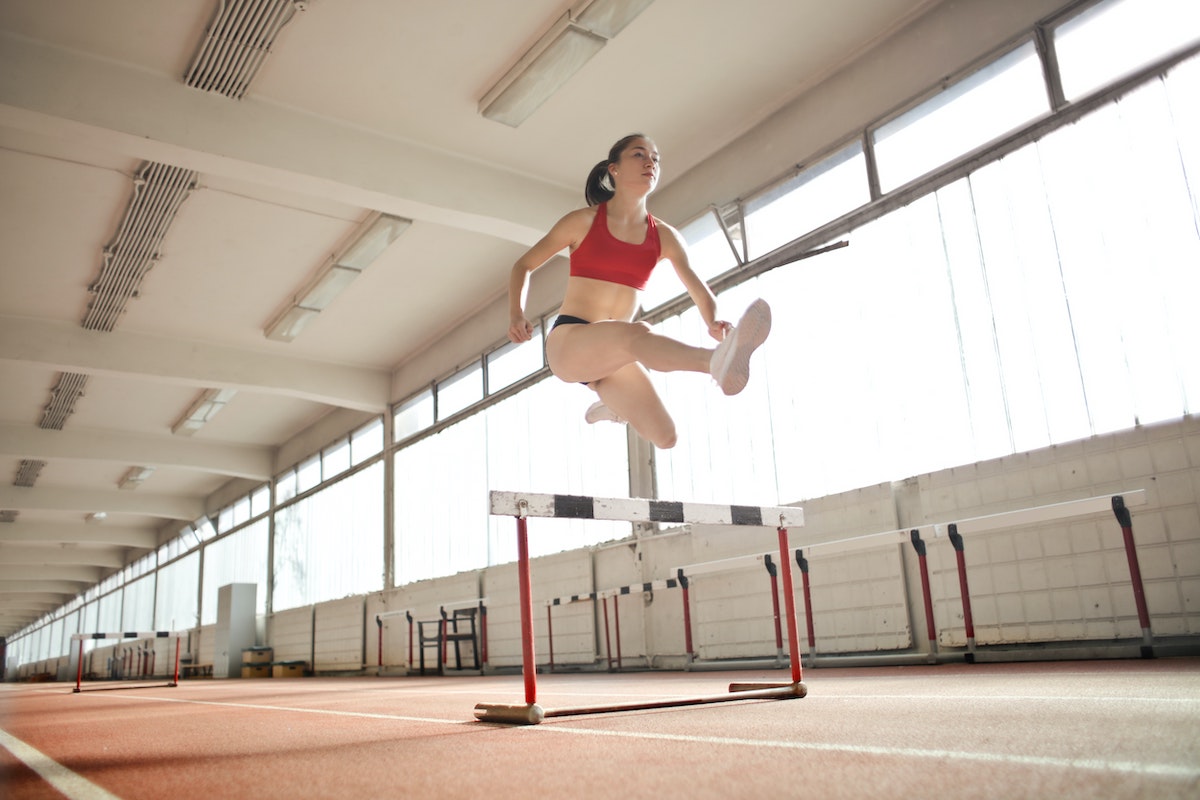 Penalty: Too Few Women in the Field

Images of top women athletes, like speed skater Erin Jackson, snowboarder Chloe Kim, and bobsledder Kaillie Humphries, seemed commonplace at the 2022 Winter Olympics in Beijing. But the representation of women at the Olympic games only recently reached parity (48.7% at the 2020 Summer Games) after a steady progression from zero during the first post-classical Greece Summer Olympics in 1896. In another recent arena—the 2022 Boston Marathon—women made up 43% of competitors and completed the race at the same rate as men (98%).

These achievements for women are due in no small part to early sports pioneers, including track and field icon Wilma Rudolph and tennis star Billy Jean King, and to the introduction of laws that addressed women’s participation. Women’s involvement in collegiate athletics has increased by 600% since Title IX was passed in 1972, and the popularity of women’s sports events, such as the NCAA Women’s Basketball Tournament, is at an all-time high. Reflecting this trend, what is reputed to be the first sports bar dedicated to women’s athletics recently opened in Portland, Oregon.

But this rise in women’s athleticism has not kept up with their participation in sports science research, either as practitioners or as study subjects, compared to that of men, as noted in a recent article in a scholarly journal and one in the popular press.

These days we can access more studies about the participation of women sports science researchers than in the past, but these studies are still few and far between. One anecdotal report states that women accounted for just 13% of authors in the first five 2019 issues of the top-rated Internal Journal of Sports Physiology and Performance. In a review of close to 5,000 randomized, controlled trials published in 14 top sports science journals from 2000 to 2020, 25% had first authors and 17% had senior authors who were women. The rate of women as first authors increased by about 0.5% annually over the 20-year period, and the rate of women as senior authors remained unchanged. Although women composed 20% of the journals’ editorial boards, no women served as editor-in-chief.

Data on the representation of women among sports science study participants is more accessible than it used to be, but it is still lean. It was arguably a 1995 study on the higher rate of ACL injuries in women than in men in soccer and basketball that raised public awareness of differences in sports injuries between men and women. A more recent and frequently cited study is a review of 1,400 sports science articles published in three prominent sports science medical journals from 2011 to 2013, in which 39% of the study participants were women.

Diving deeper into the data in 2016, Dr. Bethany Brookshire, a physiologist, pharmacologist, and science writer, discovered that women’s representation as participants in sports science research varied significantly by specific study topic. When the topic was metabolism, diet, or obesity, women composed 45% of the studies’ participants. But when the topic was performance, women represented only 3% of those studies’ participants. 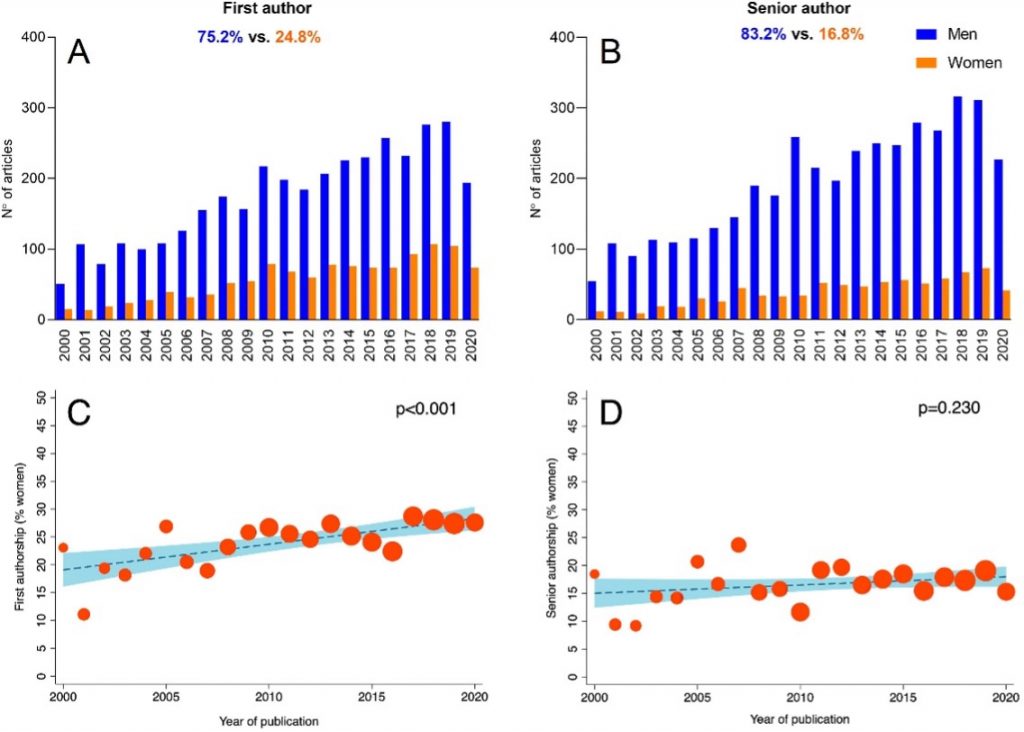 Why Does It Matter?

Beyond issues of gender equity, why does the underrepresentation of women in sports science matter? According to Dr. Stacy Sims, an exercise physiologist and nutrition scientist, it matters because “Women Are Not Small Men”—the title of her popular TEDx talk. Dr. Sims, a former Ironman World Championship competitor, has faced her own physiological challenges in training as an athlete. Because of these personal experiences, she has aimed her research at breaking the taboo against acknowledging the effect of the menstrual cycle on women’s sports performance and recovery.

The lack of representation among practitioners and research subjects has serious health implications for women athletes. It produces a vicious cycle in which the lack of women’s influence on the design or overall direction of sports science research leads to misconceptions among women athletes and their coaches about exercise sports strategies, many of which are recommended based on men’s studies, but which can have deleterious effects on women’s physiology. Consider a strategy like fasted training, in which athletes exercise while keeping their dietary intake low. Despite being widely used, it can wreak havoc on women’s hormones and can lead to a variety of physical and mental health conditions, such as poor bone structure and depression, commonly known as the Female Athlete Triad and more recently renamed “relative energy deficiency in sport” or RED-S.

Another example of generalizing treatment in a way that is detrimental to women is the lack of specific care for women with concussions. Women present different and more severe concussion symptoms and in turn, recover more slowly than men do. In one study, 34% of male and 12% of female patients completed concussion treatment within two months, but about 35% of the women reported symptoms persisting for more than six months. In another study, women injured in the last two weeks of their menstrual cycle, when progesterone is low, had worse symptoms than those injured in the first two weeks, indicating that hormones may play a role in gender differences in prognoses. Another potential cause may be the gender difference in ratios of neck strength to head size. In addition, knowing the impact of hormones would benefit transgender athletes, as well as those in perimenopause or menopause.

The root causes of women’s underrepresentation in sports science are complex. In some cases, there are structural barriers. Research is often funded by male-dominated sports organizations with ample funding, like the NFL. Women’s sports organizations are not nearly so well funded.

Studies of female athletes also tend to be more expensive and complicated than studies of male athletes because of additional variables in experimental design and interpretation, due in particular to women’s fluctuating hormone levels. Dr. Liz Letchford, a kinesiologist and rehabilitation scientist, recalls that in almost all of her research training experiences, she has been advised to use male study subjects, because female subjects have a “confounding variable”—the unmentionable menstrual cycle. For women who attempt to overcome these structural obstacles, sexism can be a pervasive presence. 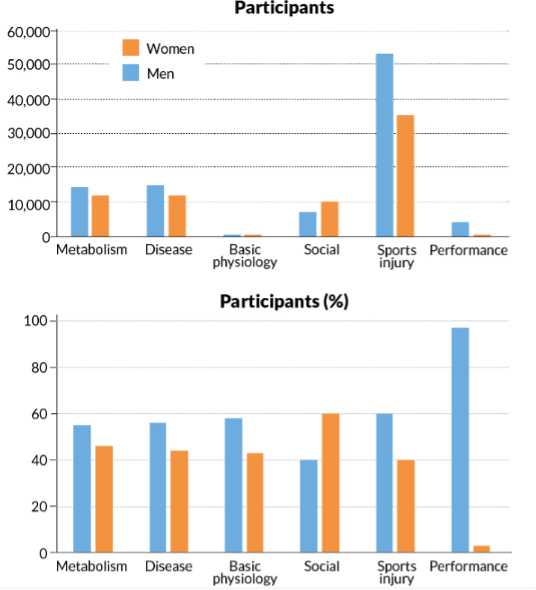 What Is Sports Science?

Sports science comprises a multitude of science and science-related disciplines and subdisciplines. It is sometimes referred to as exercise science or sports medicine research. Most sports science research is conducted in the labs of universities and specialized research centers and generally falls under the discipline of physiology. About half of sports science research studies are conducted with elite or high-performing athletes. Among the most prominent publishers in sports science, Human Kinetics produces 27 peer-reviewed journals on a diverse range of topics, including its Women in Sport and Physical Activity Journal.

What Do Sports Scientists Do?

Career opportunities in sports science are as varied as the field itself. They range from conducting research to serving as advisers for sports organizations. Leading women sports scientists include Dr. Kathryn Ackerman, a sports medicine clinician and endocrinologist, who is director of the Female Athlete Program at Boston Children’s Hospital and who is collaborating with FASTR (Female Athlete Science and Translational Research). Another trailblazer is Dr. Lorena Torres Ronda, who is now the director of player performance for the Spanish Basketball Federation and who was previously performance director of the NBA’s 76ers and sports adviser to the San Antonio Spurs. She has published widely on tracking systems and data analysis in sports performance and rehabilitation. And Angela Cheruiyot, a sports nutritionist and coach, is another leader in the field. She was named one of the four most influential female contributors to science in athletics by World Athletics in 2021.

Some programs have emerged to fill the research gap regarding women in sports. One example is Stanford University’s FASTR (Female Athlete Science and Translational Research) Program, cofounded by Drs. Emily Kraus and Megan Roche, who are themselves endurance athletes. The program aims to redress the gender gap in human-performance research to help women athletes achieve longevity in their chosen sports. In a recent Trail Runner article, Dr. Roche and her coauthor, David Roche, wrote, “Understanding and reversing the lack of female athlete representation in exercise science studies isn’t just a question of inclusiveness. It could be the difference between good science and actively harmful misinformation.”

Another leading example is the Female Athlete Program, the innovation hub for the Wu Tsai Human Performance Alliance at Boston Children’s Hospital. This initiative allows national and international sports medicine clinicians and researchers to conduct interdisciplinary collaborative studies that elucidate the physiological and psychosocial bases of issues related to the health, welfare, and performance of female athletes. Today there are also commercial apps that provide personal training and nutrition advice tailored to the phases of a woman’s menstrual cycle.

A recently proposed literature audit protocol is a step toward addressing the gender inequity in sports science and medicine. The protocol would systematically analyze the quantity and quality of existing sports science studies involving men and women, with the aims of revealing potential issues with current studies, of contributing to the development of best practices in study design, and of influencing the direction of future research.