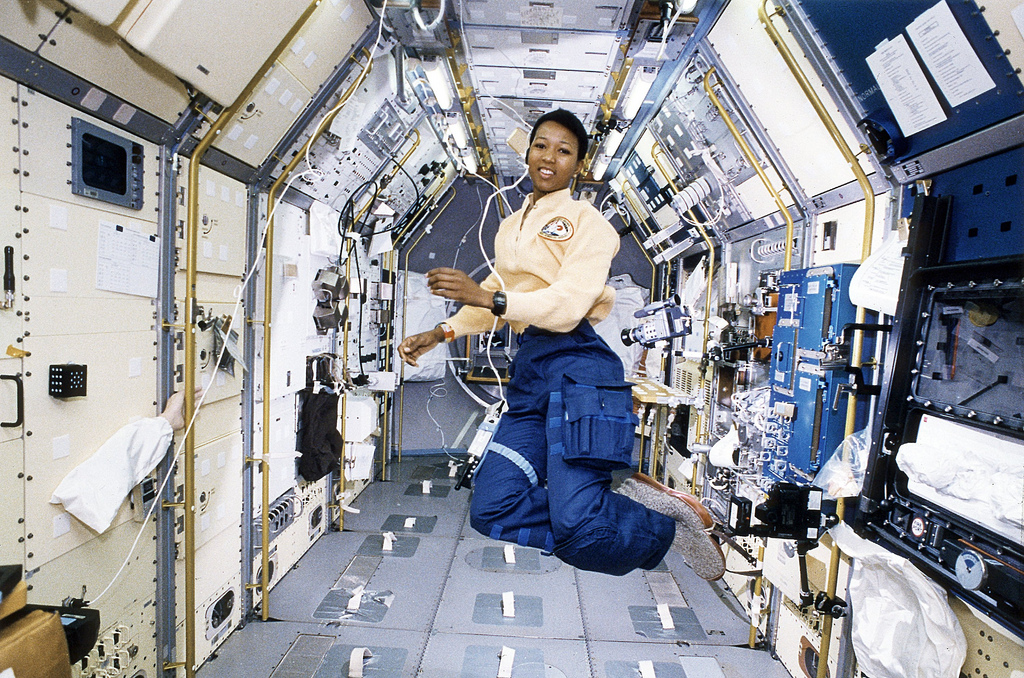 You Should Be Following These Women in Astrophysics

When a human spaceflight launches, or when a Mars rover touches down, how do you make sense of the news? If you have a question about a constellation in the night sky, or wonder if a planet can really have two suns like Tatooine in Star Wars, who do you ask? These days, you don’t have to wait until Neil deGrasse Tyson covers the topic in a documentary. You can directly ask an astrophysicist on Twitter, Instagram, or even TikTok. Many of these experts are women who represent top science communicators in the study of the universe.

It is mind-blowing that Dr. Mae Jemison (@maejemison), legendary American engineer, physician, and astronaut, is active on Twitter as an educator. She is the first woman of color to travel into space, but she has continued to break ground after returning to the Earth, creating foundations and initiatives to engage children’s interest in science alongside numerous other academic and entrepreneurial endeavors. Dr. Jemison’s Twitter feed expresses her excitement for Inspiration4 (the first all-civilian human spaceflight mission) and Perseverance (the Mars 2020 rover). She also uses her established platform to uplift others, highlighting the work of younger returning astronauts and even shouting out a high school student who won the grand prize of the Black History Month quiz.

Also active on Twitter is Dr. Chanda Prescod-Weinstein (@IBJIYONGI), who is an Assistant Professor of Physics and a Core Faculty Member in Women’s Studies at the University of New Hampshire. She brings her research on axion (a dark matter candidate) and cosmic inflation (the exponential expansion of space in the early universe) from the depths of academia into the light, using accessible language to explain particle physics, theoretical astrophysics, and astronomy. A Black, Jewish, openly queer dual-citizen of both the United States and Barbados, Dr. Prescod-Weinstein further shatters the ivory tower of academia by researching feminist science studies and promoting equity in learning opportunities, as well as retweeting issues of social justice.

Over on Instagram, Natalie Panek (@nmpanek), a Senior Engineer in System Design at MDA Space, shares beautiful photos and stories about building space robots and planetary rovers that can withstand extreme environments. An avid explorer of the outdoors, Natalie often posts equally breathtaking views from her latest hikes. Her love for the wilderness both on Earth and in outer space make her glow as a brave, bold, and adventurous woman. At the same time, Natalie shares moments of vulnerability, about robots that don’t pass quality controls and the feelings of rudderlessness and burnout she has experienced.

But science communicators and scientists can look very different. Athena Brensberger (@astroathens) is on Twitter, Instagram and TikTok, and she wants you to know that even those who are not fundamentally drawn to scientific content and careers can adopt a scientific perspective. Athena herself straddles both spheres as an astronomer who has done research on low mass stars and a fashion model for brands like Calvin Klein. She shares stargazing tips, teaches space research history, and helps everyone appreciate the detection of bursts of electromagnetic radiation released from fast spinning pulsars (leftover core of a star that died).

Similarly driven to make science as accessible as possible is Kirsten Banks (@AstroKirsten), a Wiradjuri astrophysicist who promotes both mainstream and Aboriginal astronomy on Twitter, Instagram, and TikTok. She is currently a PhD candidate in galactic archaeology and asteroseismology at the University of New South Wales. Besides sharing her research, which involves collecting light from stars to infer the composition of the stars and the history of the Milky Way, Kirsten answers fan questions such as how names are determined for new planets, and whether there are planets that orbit around multiple stars.

These figures and many other women in science communication are knowledgeable, wise, encouraging, and nurturing. They defy the stereotype that women are teachers and men are professors. Not only are these women truly experts in their fields, but they are also extremely diverse. They come from all kinds of backgrounds and are in different stages along many career paths. They are serious about educating a diverse audience. Many of them have more traditional platforms like TV shows and books, but their presence on social media makes them more human and approachable, especially when they post about their day-to-day, their pride, and their struggles. Maybe that is why you can’t help but smile when Dr. Jemison celebrates Black History Month and International Women’s Day on the phone with Vice President Kamala Harris, or when Kirsten catches a comet on her phone – they inspire you as you learn.

Yanting “Raven” Luo is a PhD student in the University Program in Genetics and Genomics (UPGG) at Duke University. She does research in evolutionary genomics and is passionate about science communication.

Photo credit: Mae Jemison by NASA on The Commons via Wikimedia Commons