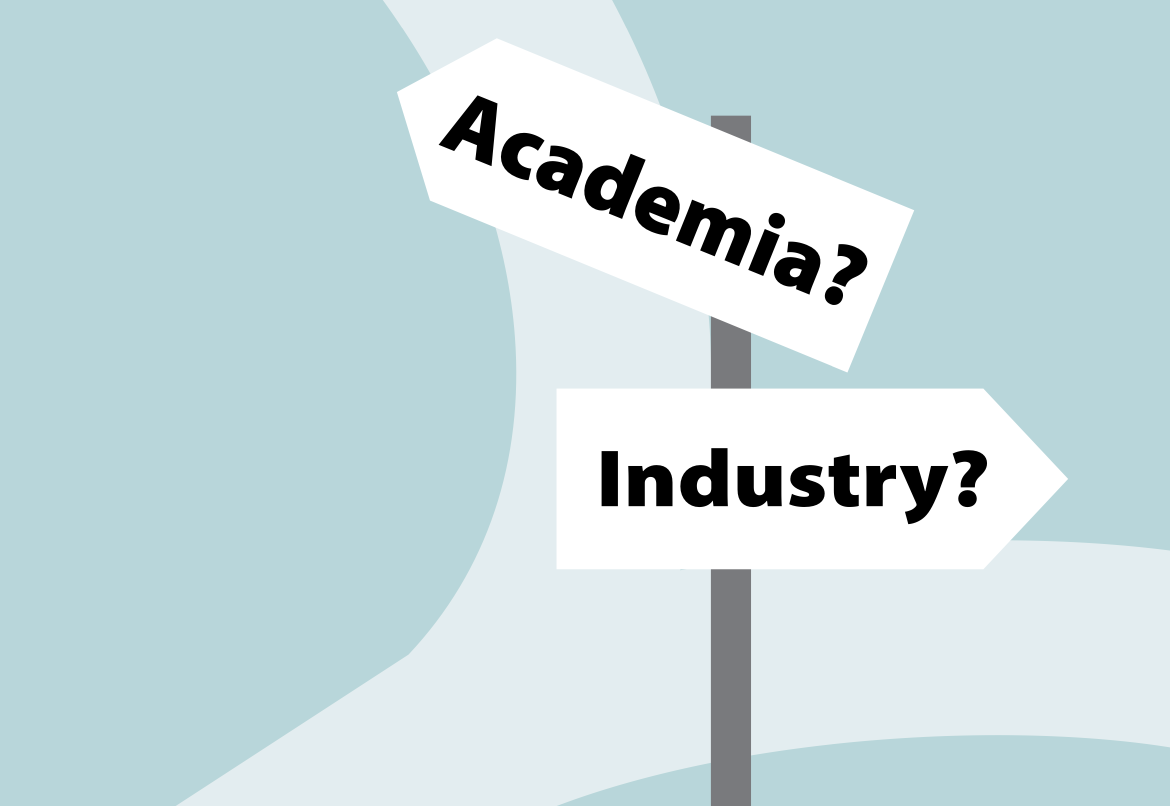 “Academia or industry? If I choose industry, I can never publish again! My career will be over! If I choose academia, I can still publish, but will I get the funding to work on what I really think matters? My ability to have an impact might be over!” I kept going over and over those choices in my head, as if there were only one right answer. But I gradually learned that there is no one optimal path. Through my educational and professional journey I’ve learned that the only true misstep is to fear change.

I’ve worked at a national lab, in academia, in industry, and in government. Progress along your path can come down to smaller, daily decisions, to knowing yourself, and to challenging yourself in the right ways. Every risk I have taken—and I have taken many—has paid off because I set the stage with those smaller choices. I’ll be the first to admit that not every risk has been pleasant, but I have learned from every step. This is my story and the lessons I have learned.

Lesson One: Ignore the Naysayers— Take the Shot
I grew up in a small town and went to a small high school. I knew I’d have to pay most of my way through college. I was extremely shy, nervous, and had very poor self-confidence. When I asked my guidance counselor about applying to the liberal arts college nearby, she said, condescendingly, “Oh, that’s really hard to get into. You won’t get in.” Well, not only did I get in via early decision, but being high school valedictorian meant I got a $30,000-per-year scholarship—all because I didn’t listen to her.

I worked ridiculously hard as an undergrad. I majored in physics but also took classics, literature, film, art, psychology, and most of the chemistry sequence, all while I was on work study. I struggled with horrible test anxiety. At the last minute, I would often scratch out the right answer and second-guess myself. I started to learn that I was my own worst enemy. I needed to stop being afraid and trust myself. My undergraduate advisor was incredibly patient and kind during this time.

I believe your undergraduate years are for learning how to learn. I applied to a summer Research Experience for Undergrads (REU) program and to a Science and Engineering Research Semester (SERS) program, both of which helped me broaden myself scientifically and personally. I still remember how very kind the people who led those programs were to me. (Yes, kindness has been an ongoing theme. I simply cannot emphasize enough how this kindness has enabled me to stay in science.) The SERS experience ultimately even helped me get into grad school, although I admit, the only reason I could attend was the heavy credit load I took prior to my final undergraduate semester.

I was, however, at a real risk of not being accepted anywhere as a graduate student, since my undergraduate institution did not offer a competitive level of preparation for physics. When I had the chance to listen to a guest speaker from a school I was applying to, I steeled up the courage to say hello to him after his talk, to chat about my work, and to mention I was applying. (I had never built up the courage to do something like this before.) I introduced myself, chatted with him, and he ended up remembering my name. It was the chance I needed. I did not get into any other graduate school.

Lesson Two: When You Need Help, Reach Out!
Grad school was hard for a variety of reasons. I had only taken one semester in many key subjects as an undergraduate, while many of my peers had taken two. Some of the professors were great, some were curt and hard to work with, and some were downright horrible. Of course, I was also dead broke, living in an apartment without air conditioning that was full of roaches, and my apartment was robbed over Christmas.

Now with far fewer possessions, I moved into a tiny room in someone’s house, and I was always studying or grading at my office in the attic of the physics building. A group of us studied together, and that collaboration was essential. I remember something one of my excellent undergrad professors said: “Physics is a team sport.”’ It really was, and this was the best part of my time there.

When the physics building caught on fire, however, all I had left turned to ashes. I was actually lucky: what I lost wasn’t thesis work, which some of my peers did lose. When a professor chided us for asking for more time to study for our midterm the next week (“You shouldn’t need notes! THIS should all be in your head! This is high-school level!”), I decided to leave, both that school and that subject.

Planning my next move took careful consideration. What had actually made me happy? What was I good at? I thought back to the chemistry classes I had taken for fun and remembered a professor suggesting materials science as an area I should explore. I asked my wonderful undergrad physical chemistry professor what the best school was to further pursue these interests. Thus, I applied to the University of Illinois at Urbana-Champaign.

Lesson Three: Do What Feels Right to You
Illinois was a different world. The professors were supportive of the students. I worked hard but also had fun, especially with an excellent study group. I worked on solar energy, something I had always been passionate about. Skills I had learned as an undergrad (both in writing and in psychology) were paying off. I started really thinking about human behavior in the context of group dynamics.

Then my mom got sick. For many months, I spent two weeks in the lab, then flew to Connecticut and spent two weeks helping my father take care of her (while working up those data from the previous two weeks). This just about did me in. She died in 2000, when I was on the plane, returning from one of the trips. I graduated in 2001. If my advisor hadn’t been so kind and flexible, I don’t think I would have graduated.

After I graduated, I immediately started a postdoc at a national lab. It was lonely and busy, but I was performing research that I cared about, which got me through the challenges. I started to appreciate just how important it was to me for my work to have a clear impact. I realized I really cared about the application of technology and solving real world problems, not just about learning what made things tick.

I interviewed for fourteen faculty positions and will note that twelve of the institutions asked me—during the interview!— if I was planning on having a baby (hopefully that ratio has gotten better, twenty years later), but ultimately I found a job at a large company that wanted to get into solar technology. I learned an enormous amount, working in industry. I looked at what information was being used (and how); how decisions were being made; how I was interacting with people; and how structures drove behavior. I learned that the only way to perform applied research was for tech and market to be in concert at every step.

At my next company, I received leadership training and moved into a business development role. This felt right to me. I was always good at making the right decisions, and I relished risk.

Lesson Four: Always Take the Call
One day, out of the blue, a former colleague suggested I come to ARPA-E. There were so many reasons to say no. When he asked if there were an energy problem I was passionate about, I immediately had one in mind and made the decision to join the team.

ARPA-E is a truly collaborative place. People are driven by ideas and conduct high-risk high-reward research that includes market considerations at the earliest stages. I have never worked so hard and so effectively as I do at this agency: self-managing, constantly learning, making hard decisions.

My career path has been somewhat convoluted. The key has been to learn from every step, and when in difficult situations, to figure out what I can do, every day, to enable a change. I’ve worked hard, have never wavered in my ethical values, and, when all else has failed, I have tried to achieve things that are documentable (degrees, journal articles, patents, etc.)

I have learned that having a core group of friends is crucial; that having a network is crucial; and that my choices should be driven by my own goals, not by what anyone else might want. I needed to find what I cared about, let it drive me forward, and fight every barrier in my way. It has turned out to be a great adventure so far. What’s next on my career journey? Who knows? One can only plan so much. 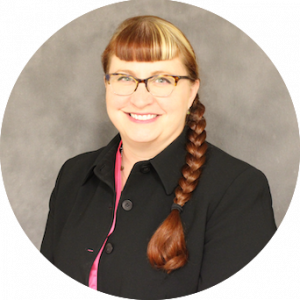 Dr. Jennifer Gerbi joined ARPA-E as a program director and now serves as the acting director, leading the Agency’s development, launch, and execution of high-risk, high-reward energy R&D programs. Previously Dr. Gerbi worked at Dow Corning in multiple capacities, including as a business builder in the company’s Business and Technology Incubator. She also served as a senior materials scientist at The Dow Chemical Company and as a postdoc at Argonne National Laboratory. Dr. Gerbi holds a PhD in materials science from the University of Illinois at Urbana-Champaign, an M.S. in physics from the University of Virginia, and a B.A. in physics from Bard College.