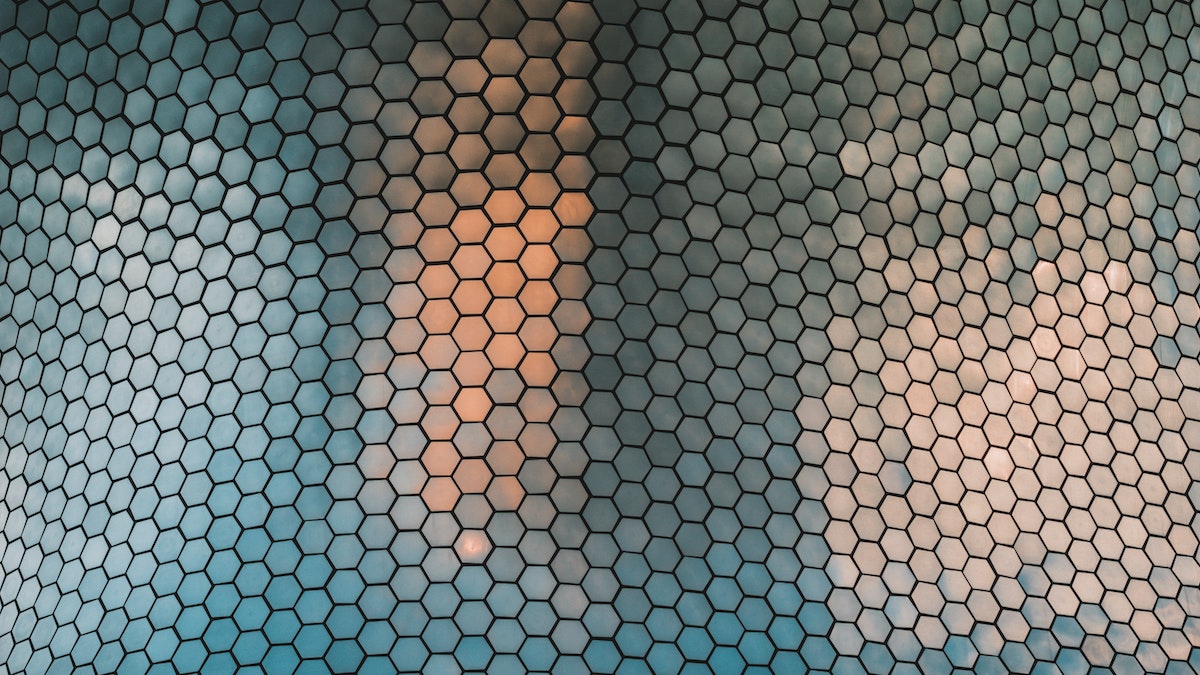 Achieving NET-ZERO: How Advanced Materials Can Play a Critical Role

The world has recognized the need to not only reduce greenhouse gas (GHG) emissions but also to create a society that achieves NET-ZERO emissions. Accomplishing these goals requires electrifying the transportation system, decarbonizing industry, and creating products that require less energy to make, last longer, and are fully recyclable.

What is becoming increasingly clear is that the legacy materials of the industrial age, which contributed to the problem in the first place, are not going to provide the answers. What we need are advanced materials—ones that are better, lighter, faster, stronger, and which use less energy.

Happily, they already exist. Advanced, two-dimensional materials that are only a few atoms thick have not only been discovered in the last two decades, but they are now being produced at scale and are being added to a wide range of products, driving massive performance improvements across a range of industries.

The Potential of Graphene 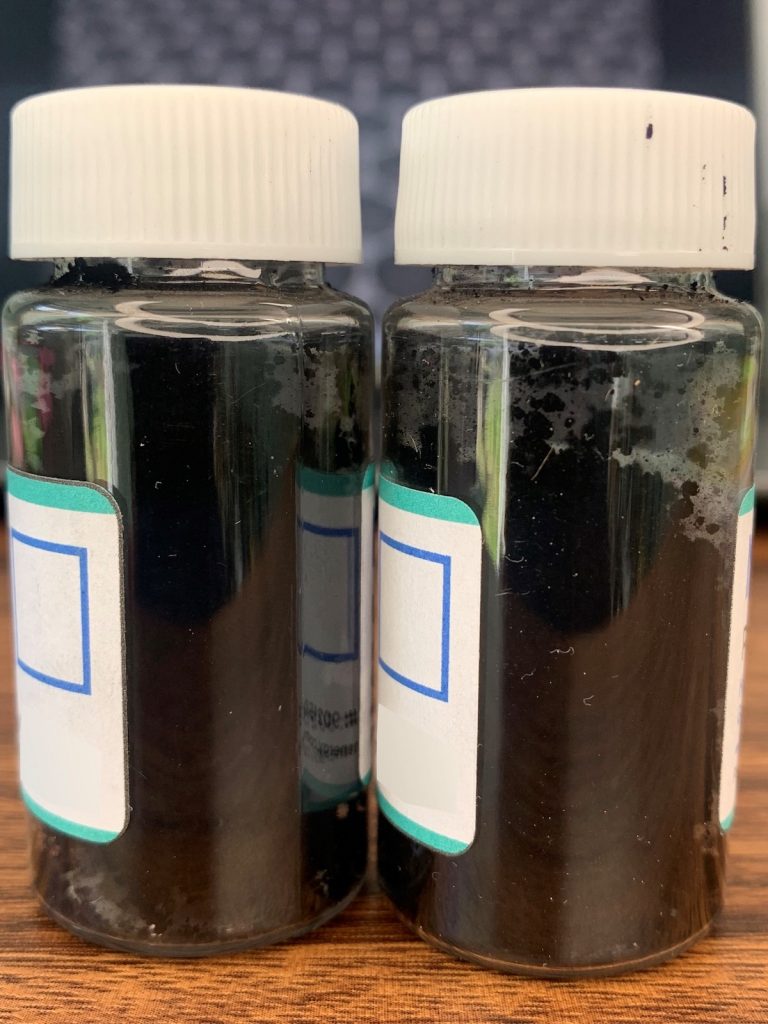 The most well-known of these novel materials is graphene, composed of a single atomic layer of SP2 -bonded carbon atoms that is the highest conductor of heat and electricity, nearly transparent as a single layer, protective against UV rays, and characterized by the highest level of strength ever measured.

We expect graphene to play a critical role in achieving NET-ZERO objectives in a very broad range of industries and applications, from creating batteries that charge faster and pack more energy to producing concrete that has a much-reduced CO2 footprint.

Graphene was first isolated in 2004 by André Geim and Konstyantin Novosolev at the University of Manchester, and who were later awarded the 2010 Nobel Prize in Physics in 2010. Fast forward to today, and approximately Graphene Council 10,000 metric tons of this wonder material are now being produced commercially worldwide.

Women Leaders in a Growing Industry

Despite the growth in commercial applications, the graphene industry has faced a number of challenges and hurdles that have slowed down adoption. A panel of eight women leaders discussed these issues in a webinar hosted by The Graphene Council, a global trade and professional association, on International Women’s Day.

These eight leaders represented the full breadth of the graphene commercialization ecosystem, including company owners, founders, and CEOs, as well as leading scientists, researchers, standardization specialists, and metrology experts. The graphene sector is very fortunate to be well represented by women in leading positions. Having a woman as a company founder or CEO, as a chief scientist, or in another top position is not an exception or rarity in the graphene community.

All of the panelists acknowledged that the initial problem they are grappling with is the most basic: defining what graphene actually is and setting industry standards for it. This becomes a challenge when there are potentially hundreds of types of graphene that can be used in a wide variety of applications.

The Benefits of Setting Standards

“If we want to trade these material systems throughout the world, we need to have some way to quantify any details about the material,” said Angela Hight Walker, Project Leader, National Institute of Standards and Technology. “This process goes all the way back to what we’re calling it.”

Walker noted that a key tool for agreeing on these definitions was the recent Graphene Classification Framework, which creates a common set of terms and a hierarchy for understanding how all the different types of graphene fit together under a rubric that meets the needs of commercial applications.

“Ultimately, we want to be able to sell products and make great products, like concrete additives that can have a dramatic impact on climate immediately. We want those to get out there,” said Walker. “But people need to know what they’re buying. We need some references so that people don’t get discouraged in using graphene for their applications.”

This perspective on the need to create a common language for graphene is supported by Thurid Gspann, Research Scientist, Karlsruher Institute of Technology, who has worked closely with the European Union’s 10-year, $1-billion Graphene Flagship initiative.

“Standards are largely about the matchmaking,” Gspann said, during the panel discussion. “If you’re looking for suppliers, you want to be able to compare the information that you get. If [sellers] are using different standards for categorizing their material, then it becomes difficult for a buyer to understand how the materials may be different.”

The Problem of Graphene Hype

The panelists agreed that standards help give customers a clear idea of what they are buying. “What we see in the industry is a lot of misinformation and misunderstanding,” said Haley Keith, Co-Founder, MITO Materials. “We meet customers who have tried graphene, and they were sent a vial of black powder that eventually turned to a rocklike consistency, didn’t disperse, and eventually didn’t work.” Experiences like this have led disappointed and disgruntled buyers to decry so-called ‘graphene hype.’

Lynn Chikosha, Research and Development Manager, Applied Graphene Materials, noted similar kinds of discouraging customer experiences with graphene and how her company is working to avoid them. “One of the strategies we take in avoiding problems with the stability of the graphene powders is developing intermediate dispersions,” said Chikosha. “We do a lot of pre-dispersing of the graphene into the customer’s matrixes. With our expertise and equipment, we can disperse graphene into a material so that it is effective.”

Maintaining customer satisfaction and a sense of trust is absolutely critical, according to Rafaella Nascimento, a scientist with Bio Graphene Solutions. “If you just give your customer a vial of black powder and wish them good luck, then they will just call you back with problems, so we always remain focused on ensuring that the customer understands how to use our graphene,” said Nascimento.

Adding Value in the Electronics Market

Some innovative businesses are producing graphene internally in order to manufacture a device or product. Two such examples are in the electronics space. United Kingdom-based Paragraf manufactures graphene sensors, while Spain-based Graphenea makes wafers out of the material for use in electronics.

“When we started our business, we just produced graphene,” said Amaia Zurutuza, Scientific Director at Graphenea. “But we found a way to help customers [save time as they] make the devices.” Graphenea added foundry services to produce graphene-enabled wafers that customers could put into their devices.

Like Graphenea, Paragraf recognized early on that they needed to demonstrate the uses of graphene to potential customers, so they decided to make their own devices. Using their proprietary manufacturing technology for producing electronics-grade graphene, Natasha Conway, Research Manager of Paragraf, explained “We developed a sensor that has an order-of-magnitude-greater sensitivity than what can be achieved with silicon-based sensors that are currently on the market.”

Paragraf and Graphenea have carved out successful commercial products from utilizing their own production of graphene to create value-added products and devices in the electronics sector. This “step-up-the-value-chain” approach is being taken into other markets as well.

Looking Toward the Future

With leaders like these, the graphene industry is beginning to make important strides in its commercialization. Graphene One, a United States-based producer, has also used the innovative material to create a novel textile fiber they call Kyorene. This fiber is then used to make gloves that are lightweight, comfortable, soft and flexible while also being extremely strong. It is also used in bedding due to its bacterio-static and odor control properties.

“In the beginning of our company, our aim was just to produce graphene,” said Lynn Sha Deligny, Managing Director of Graphene One. “But then we realized the markets for our products were somewhat limited for our intended scale up. The most important thing we discovered is what the market needs: it has to be sustainable. We could produce tons of graphene, but without an end product, it’s not a sustainable business.”

It’s exciting to imagine where this industry will be in 5-10 years.

About the Graphene Council

The Graphene Council is the largest community in the world for graphene researchers, producers, and users, connecting more than 30,000 materials professionals.

We are members of the ISO/ANSI/IEC/ASTM/BSI Graphene Standards groups and are the authors of The Graphene Report, the most comprehensive and up-to-date publication that covers commercial forms of graphene materials and their production processes, applications, markets, industries, pricing, material standards, characterization processes, and a profile of approximately 200 graphene producer companies.

Learn more at www.thegraphenecouncil.org or sign up for a weekly Graphene Intelligence Briefing that covers commercial, research, and graphene patent filings worldwide and promotes the commercial adoption of graphene globally. 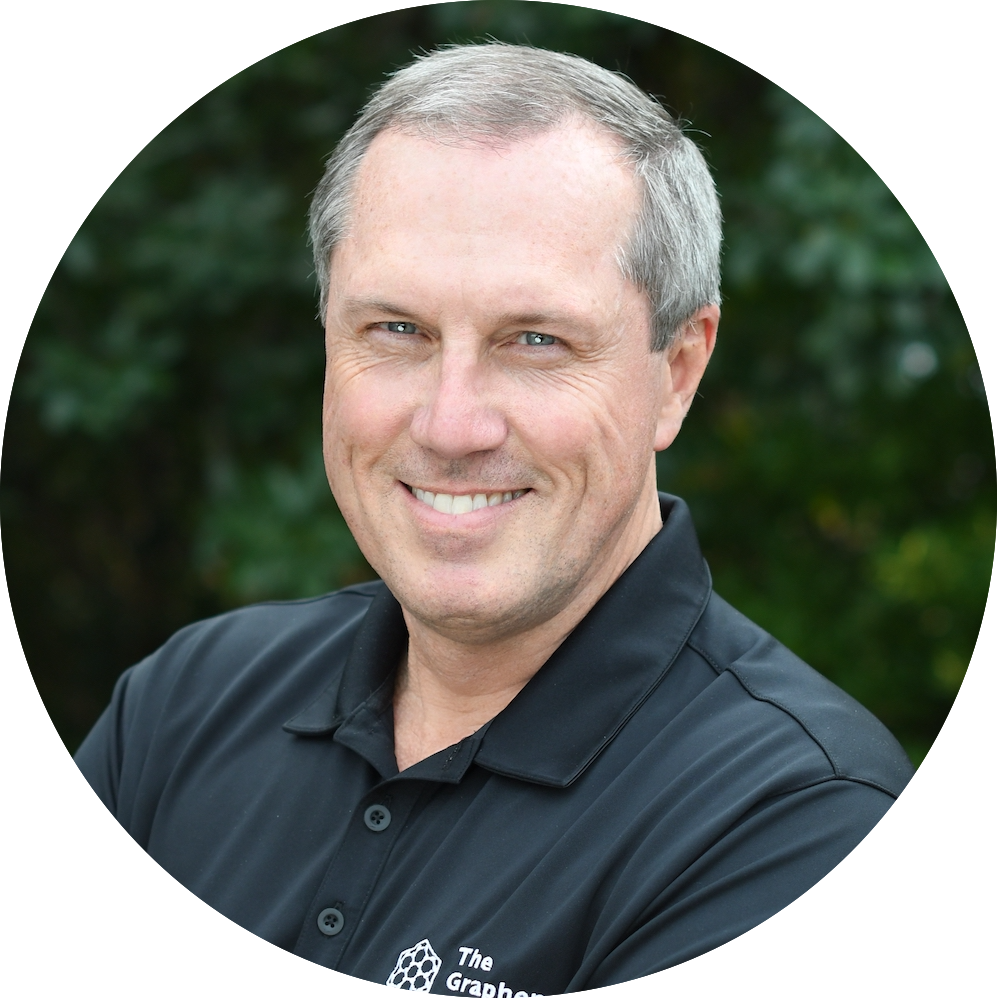 Terrance Barkan, CAE, is Founder and Executive Director of The Graphene Council. For more than 30 years, he has supported trade and professional associations on a global basis. Mr. Barkan has worked in more than 70 countries on 6 continents around the world developing and implementing association growth strategy projects.