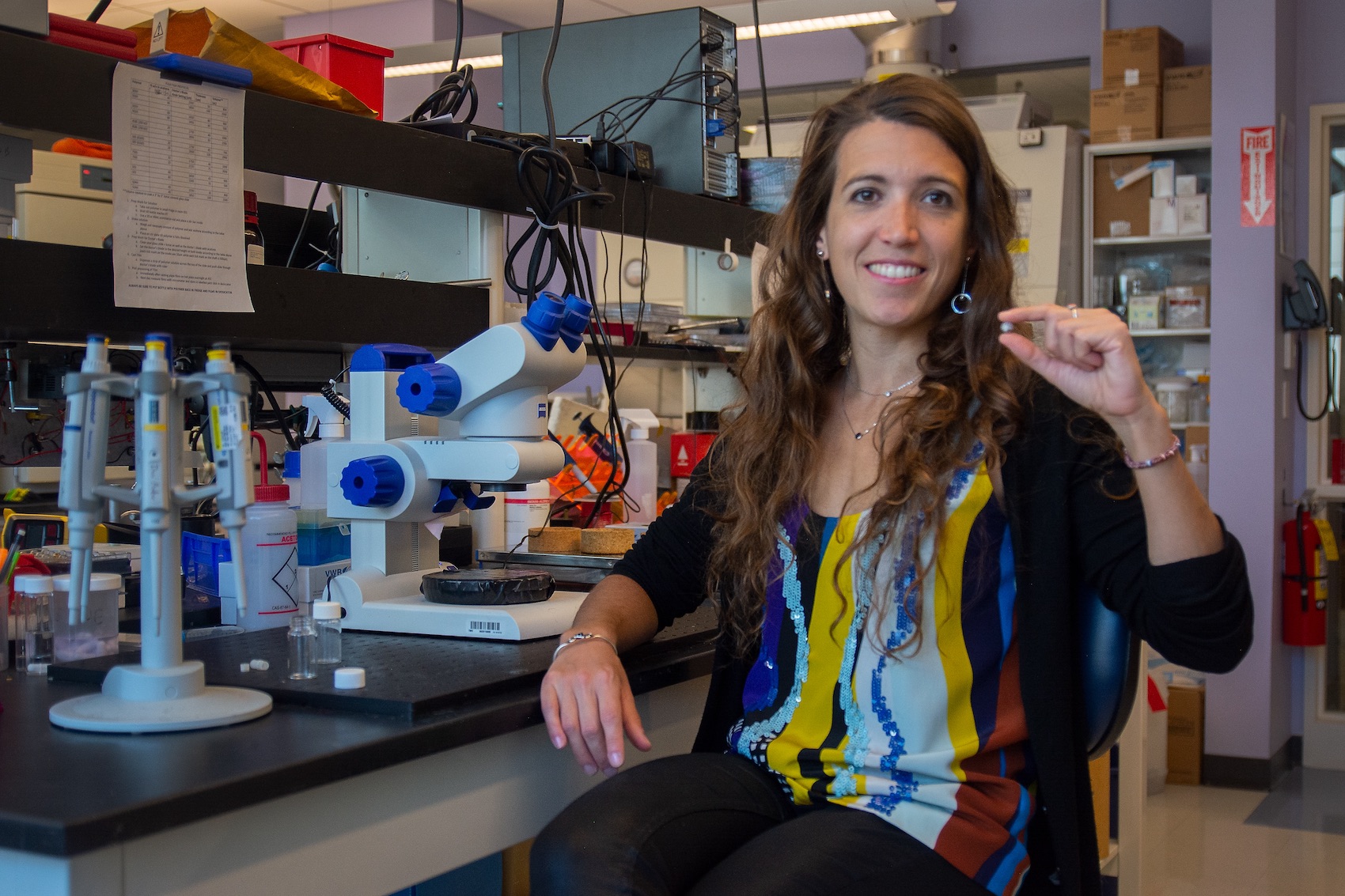 Academia or Industry: A False Dichotomy

From Barcelona to Boston

My path to a career in biotechnology has been anything but predictable, and it has taught me that you don’t have to choose between academia or industry when deciding how to shape your STEM journey.

Growing up in a city just outside of Barcelona, and attending the same school from ages 4 through 18, I never imagined that I would eventually end up living over 3,600 miles away from home. The last two years of high school, I decided to focus on science and technology because I was told that I would have more career opportunities. Nonetheless, I still had a hard time figuring out what to study at university because I had many different interests, including a love for teaching and a passion for learning languages. I eventually chose to pursue a degree in biotechnology, viewing it as novel and as covering a lot of subjects that sounded exciting. However, I never gave up on my other passions: I ended up tutoring high school students in many subjects and becoming fluent in seven languages.

I did always know that I wanted to study abroad, so I next moved to Milan, Italy, where I earned my second degree in biochemistry. Shortly after finishing this degree, and still unclear about my career trajectory, I came back to Barcelona to pursue a master’s in education. I then found a fellowship opportunity to go one year later to the United Kingdom, where I could get industry experience and the chance to practice my English. So, I relocated to Belfast, in Northern Ireland, where I studied transdermal drug delivery as an alternative to injections. I found the research fascinating, and I was inspired by the potential to improve the lives of countless people! Before I knew it, I had enrolled in a PhD program focused on transdermal microneedles for drug monitoring, and I realized that biotechnology was the industry where I wanted to dedicate my time.

While still in academia, I led collaborations with international companies, including L’Oréal and Lohmann Therapy Systems, and as a postdoc at the Langer Lab at the Massachusetts Institute of Technology (MIT), I developed an insulin pill for diabetic patients in partnership with Novo Nordisk. As a result of this research, I was named an Innovator under 35 by MIT and received a Nova 111 award. I am thrilled to share that the pill I developed is now being tested in clinical trials.

Fascinated by all the scientific activities going on in Boston’s Kendall Square, I then enrolled in entrepreneurship courses at MIT, joined the MIT consulting club, and took a mini-MBA course at Harvard University. I also managed, in what little free time I had, to draft and file my own Green Card application without the help of a lawyer, so that I could explore job opportunities outside of academia.

I finally made the leap to industry, and my first role was as a business development manager at a very early-stage, biotech, start-up company, where I learned to evaluate and manage external innovation partnerships. Shortly after finishing up this work, I started consulting for a venture fund and advising start-ups on how to commercialize their technology and expand into the U.S. market. In 2019, I joined the newly formed Regenerative Medicine Department at LEO Pharma as an associate director, an opportunity to explore cutting-edge gene therapy approaches to treating rare dermatological diseases.

Since the beginning of 2022, I have served as an independent scientific consultant and adviser for a variety of international start-ups, research labs, and a childhood cancer foundation. In addition, I sit on the scientific advisory boards of two medical device companies, and I continue to mentor entrepreneurs in several local and international programs. I love to juggle multiple activities and to constantly challenge myself, and while some people may find my crowded schedule overwhelming, many others have encouraged me to keep juggling! 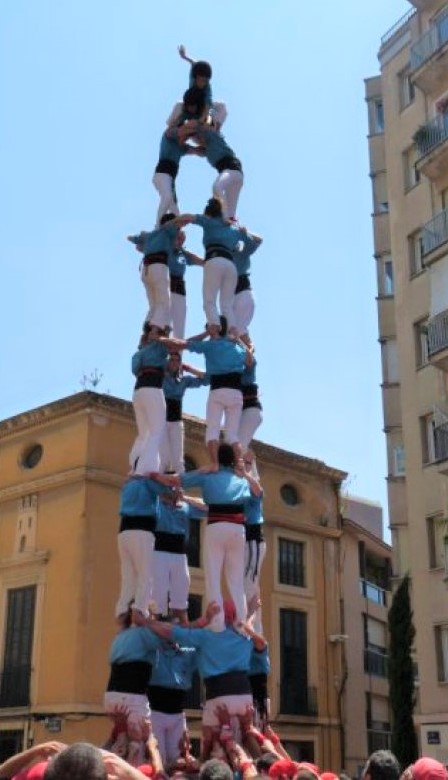 When I was 19, I became the team leader of a human tower team, a Catalan tradition in which people stand atop one another to create tall structures. As a leader, I learned to perform under pressure and to take responsibility if the tower collapsed. Human towers also taught me about collaboration, companionship, goals and milestones, success and failure: skills translatable to any work setting.

Growing up in Europe, I was not exposed to many career opportunities as a scientist, and I had never even heard of the word “start-up.” I thought that pursuing a scientific career would mean either ending up in academia or working in an industry laboratory. It was not until I was at MIT that I became fully exposed to the vast diversity of career paths that I could follow as a scientist. I have been a mentor for five years in the MIT Impact program, where I organize a biannual career panel for Boston-area PhDs and postdocs, so that they can learn about both common and unconventional career paths. In these panels, I host scientists from the FBI, regulatory agencies, nonprofit organizations, venture capital firms, pharma/biotech, start-ups, software companies, and editorial boards, and I try to highlight scientists with different roles within these companies: business developers, alliance managers, IP lawyers, science communicators, and specialists in human resources, to name just a few. My own evolving roles have convinced me that it’s important to reach out to people, to ask questions, and to learn about other career options!

Some people think that if you become a scientist, that is what you will do for the rest of your life. The truth is that even if you commit to one path, it is always possible for you to shift direction, to change paths, or even to create an entirely new one! I have scientist friends who have become theater directors, economists, and boxing representatives. Many of the skills you develop from scientific training are transferable between many roles and industries.

It is also said that if someone transitions to industry, it is difficult for them to go back to academia, and that is honestly why it took me a few years to make the jump to industry myself. While it is quite unconventional to go from industry back to academia, it is still possible! Also, many people, like myself, continue to be involved in academic programs while having full-time positions in industry.

I am passionate about advocating for the career development of women scientists, and every year I speak at middle and high schools about what is it like to be a woman in STEM. I still hear 12-year-old girls saying that they think “girls can only aspire to become cooks or housewives.” Many of them still picture scientists to be men in a lab wearing a white coat and mixing chemicals. Changing their minds is something that I find to be incredibly rewarding, so I encourage you to join me in helping to dispel these stereotypes and to take part in inspiring the next generation of women scientists!

When I am asked where I see myself in ten years, I still like to say, “I don’t know what I want to do when I grow up!” I did not know what microneedles were when I started my research in Belfast, and even then, I would never have imagined that I would become an expert in the field or that this expertise would lead to my recruitment by MIT. One thing I am certain of: by being open-minded, willing to explore new opportunities, and eager to embrace challenges, I am where I am today. My greatest piece of advice to young scientists is that it is fine not to have every step of your career path planned out, so as long as you stay curious and pursue topics that motivate you: you may learn about opportunities that you did not even know existed! 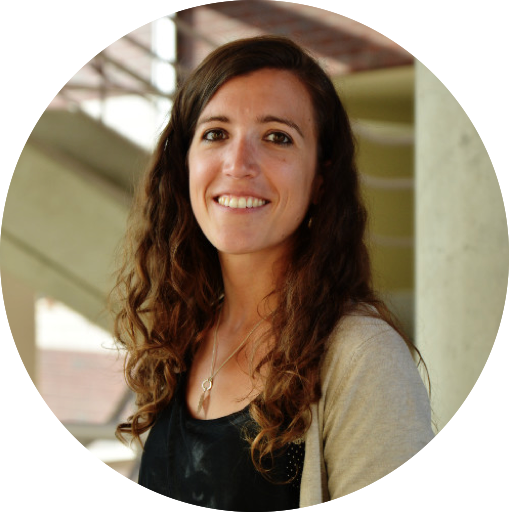 Dr. Ester Caffarel-Salvador is a multidisciplinary scientist with a background in biotechnology and biochemistry. After completing her PhD, she collaborated with world leading companies in her postdocs before transitioning to industry. Dr. Caffarel-Salvador is now a science and business development consultant for international startups and research groups and she is passionate about advocating for career development for women in science. She has been an AWIS member since 2021.