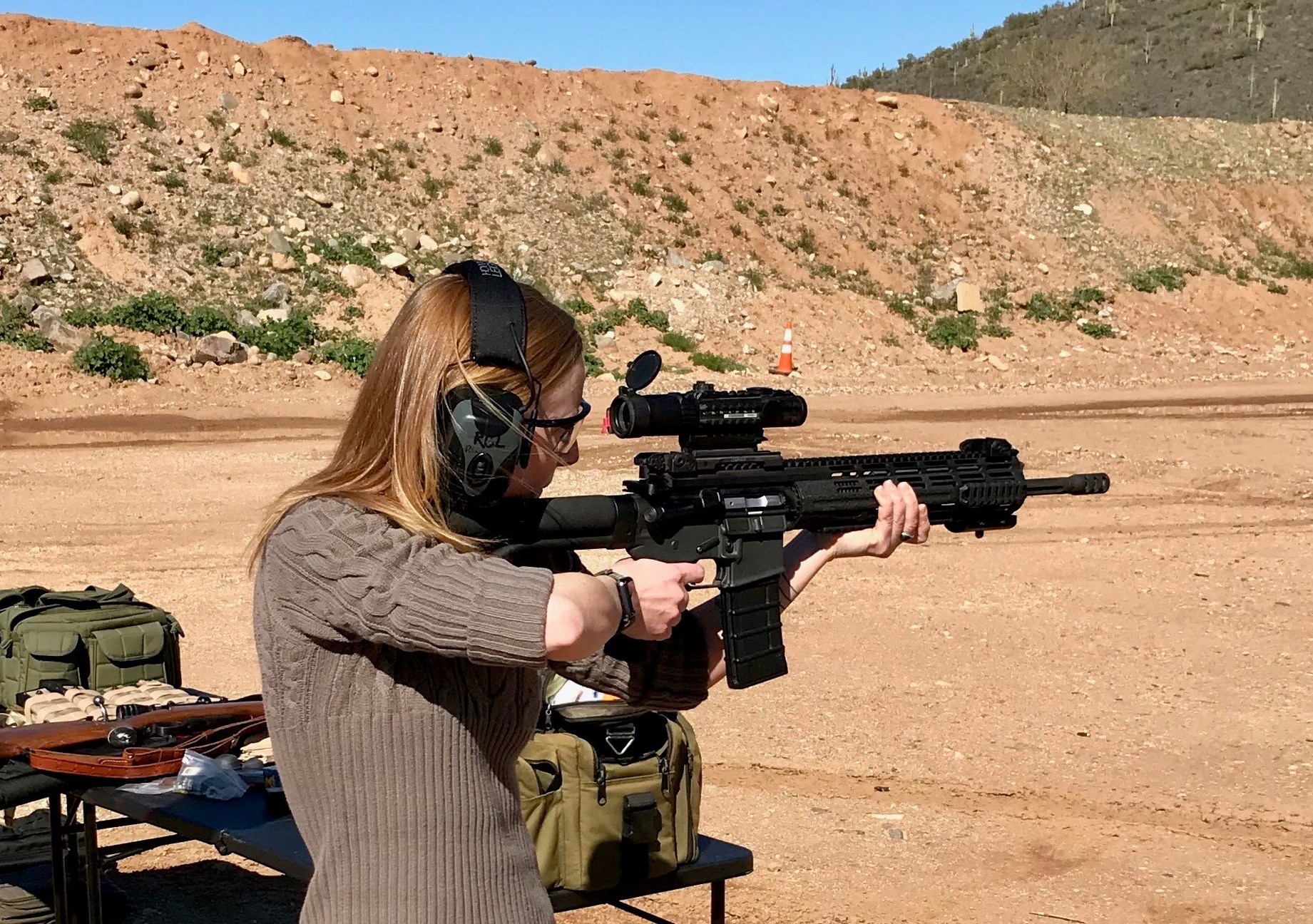 A Forensic Scientist’s Path: What a Long, Rewarding Trip It’s Been

From Midwest to East Coast to Southwest

My journey to becoming a forensic scientist has been a long but valuable one. It started in the Midwest, where I worked full-time as a legal secretary while pursuing a graduate degree in forensic science. I was fortunate to have a job that was flexible enough to allow me to take time off as needed in order to complete my studies.

After graduation I stayed in the Midwest for a while, honing my skills as a crime scene technician. For eight and a half years, I worked various shifts on a rotating, days on/days off schedule—and regularly encountered the aftermath of the violence people can do to each other.

One of the most amazing opportunities of my career then came in 2017: I was selected to participate in the National Firearms Examiner Academy (NFEA), a year-long program through the Bureau of Alcohol, Tobacco, Firearms, and Explosives (ATF) that provides academic and laboratory training in all aspects of becoming a practicing firearm and tool mark examiner. My class included ten other people from laboratories and agencies all over the United States, although I was one of only three women in this competitive program. The heavy workload and requirements included spending more than four months on the East Coast, immersed in hands-on training. But completing this program was worth all the challenges. Participating in the NFEA not only gave me the skills and knowledge to do what I do now, but it also introduced me to other forensic scientists from across the country, whose backgrounds, relevant knowledge, and experience have proved invaluable to my own development as a forensic scientist.

In 2018 I moved to Mesa, Arizona, in the southwestern United States to begin my career as a forensic scientist with expertise in firearm and tool mark examinations. This career opportunity in the Firearms Unit of Mesa Forensic Services (MFS) was just too good to pass up, even though it meant leaving behind many family members and good friends. Moving more than a thousand miles away for a new job was exciting, as well as nerve-wracking, but the transition was, thankfully, fairly smooth.

I consider myself to be very driven, ambitious, and self-disciplined. The word endurance is also quite applicable to my career path. To me, endurance means being able to go the distance and to push yourself, no matter the obstacles—internal or external—that you may encounter.

Endurance also means understanding that slowing down while going through a more difficult situation is not always a bad thing, and that slow progress is still progress, so long as you don’t give up and you keep moving forward. I used endurance to get through all levels of my education, even when the work became complicated or my plate seemed full. I earned a bachelor’s degree in four years while completing three majors, and I earned a master’s degree in two years while working a full-time job.

I am also a long distance runner and have completed over a dozen half marathons, two full marathons (with a third coming in October of this year), one ultramarathon (a 50km trail race), and many other shorter distance races. The determination, dedication, and endurance I need to get through all of these races, and all of the training leading up to these competitions, easily mirror how I operate in my professional life.

Getting Others into the Field

Currently, I am the only woman firearms examiner in the Firearms Unit of the MFS laboratory, and I am proud of serving in this singular role. Overall, MFS is predominantly staffed by women, whose varied expertise includes biology, toxicology, controlled substances, latent fingerprint analysis, evidence processing, and crime scene processing. I am grateful to have men as coworkers who treat me as a valued equal and with respect. At the same time, I am quite fortunate to work in a field dominated by women and hope that any young women interested in the forensic sciences may be encouraged by our prevalence in this career.

Is it as glamorous and fast-paced as some of the fictional TV crime shows portray it to be? No. It can be tedious, messy, sometimes smelly, and there are always plenty of reports to write. But at its core, being a forensic scientist involves the search for truth about a crime, whether that means helping to catch a criminal or helping to eliminate an innocent person as a suspect. I thoroughly enjoy what I do and will happily discuss forensic science with anyone who wants to know what it’s like to be a practitioner.

Although I am still somewhat new to this career, I hope to become a valuable member of my lab by not only keeping up with casework, but also by passing on my knowledge to new firearm examiners. As my career progresses, I aspire to be the type of leader whose actions demonstrate the core values of a forensic scientist: being ethical, reliable, and a producer of consistent, high-quality work.

Rebecca (Becki) Learned, an AWIS member since 2020, is a forensic scientist specializing in firearm and tool mark examinations. She has a strong background in the forensic sciences as a result of earning her Master’s of Forensic Science degree, as well as through her prior work as a crime scene technician. She utilizes chemistry, physics, mathematics, and microscopy to perform the various duties related to firearm and tool mark examinations.