“Women need to be visible and proactive in helping to change the narrative that science is a boy’s club (as my subfield still largely is) – and in changing the culture of science.” 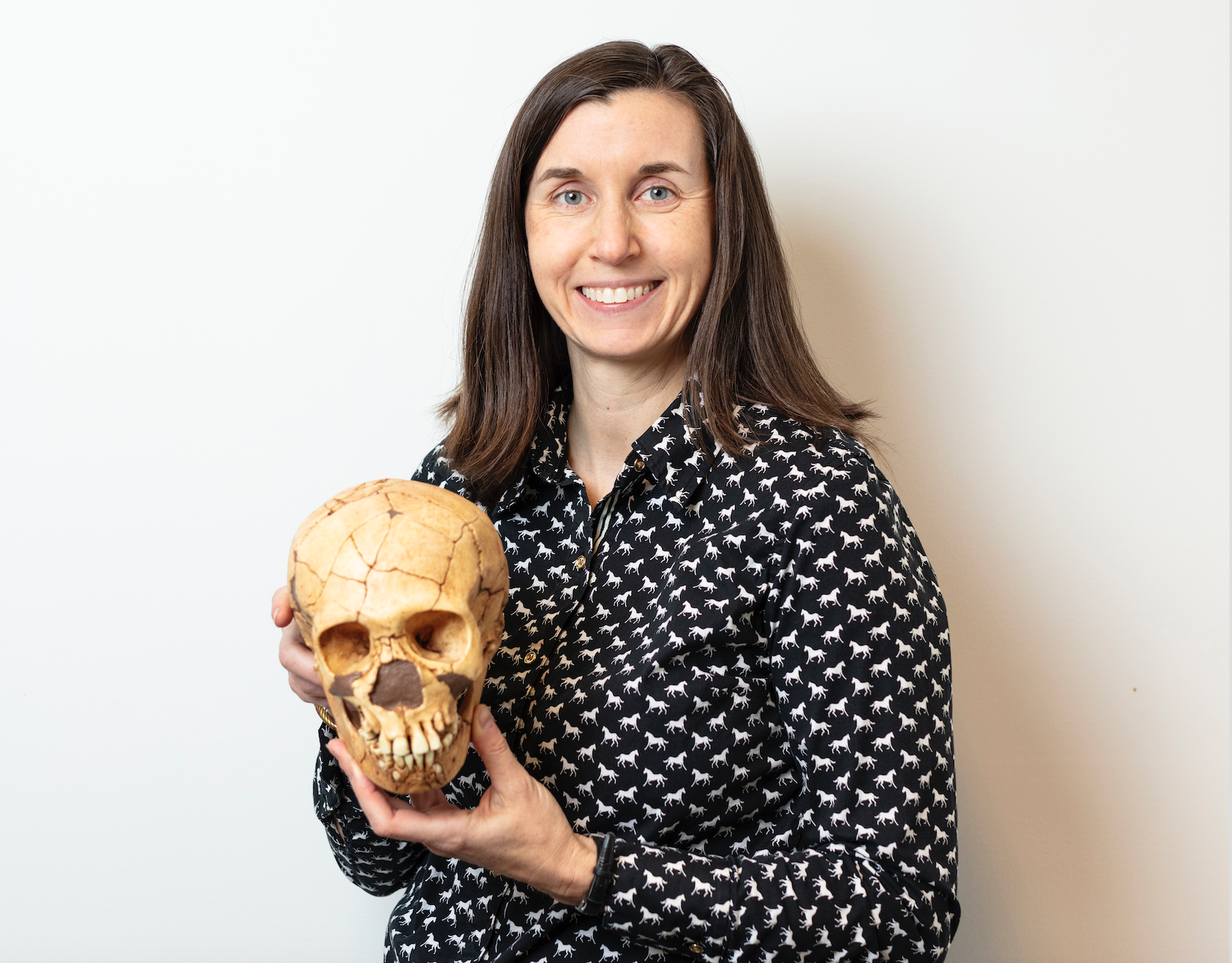 What’s the most important leadership lesson you’ve learned and how has it proven invaluable?

For me the key is to try and “get out of my own way” to speak and act from a place of authenticity. While I can be introverted and highly controlled, I find that getting beyond my inhibitions and critical self-talk increases my access to a wiser and more effective leadership style. This became especially clear to me over a 10-month leadership program I completed through the Coaches Training Institute a few years ago. I feel more esteem and clarity when I reflect on my purpose rather than my fear.

What do you aspire to accomplish in your career and why?

I just completed a popular science book that was published by The MIT Press called The Tales Teeth Tell. It was a massive undertaking during a rough career transition – and also an experiment to learn how to produce a more challenging book I want to write about the realities of being a female academic in elite universities. The narrative of science is too often written by men and about men – I want to paint a more inclusive and honest picture of who does science and what it is like for us.

How has AWIS helped you professionally and/or personally?

I joined the Boston chapter several years ago when I was working at Harvard, and was really impressed with that community, which included the fabulous Joanne Kamens of Addgene. When I moved to California I joined the San Francisco Bay chapter, and found some really solid women in that region. AWIS is a great place to connect with progressive women who are willing to commit time and energy to building communities and empowering each other. Plugging into this resource has elevated my resilience.

What do you consider your most important career achievements,milestone or accomplishment and why?

I just published a collaborative paper in Science Advances detailing how the teeth of Neanderthal children can be used to reconstruct weekly records of ancient climate, nursing behavior, and illness. We pushed through several major methodological limitations we’d been trying to solve for a decade, and surprisingly discovered the oldest childhood exposure to lead in prehistory. This study, including leading an amazing team of anthropologists, archaeologists, earth scientists, and public health specialists, was one of my most satisfying accomplishments.

How do you see your work changing or impacting or advancing STEM?

Representation matters. Women need to be visible and proactive in helping to change the narrative that science is a boy’s club (as my subfield still largely is) – and in changing the culture of science. I know that my academic research has elevated my field, biological anthropology, but I’d like to think that my resilience in the fact of tough challenges has been more impactful for women in particular.

Describe as an amazing opportunity that has helped advance your STEM career and how so?

Moving around the world TWICE has completely changed my career. I’ve come into contact with incredible people and research tools that I couldn’t have leveraged has I stayed “safe” on the east coast of the US. Being part of a competitive field and working in dynamic research institutes isn’t for everyone – but I’ve not gotten bored yet!

How does your work help advance women in STEM achieve their full potential?

I’ve been engaged in community building in my professional organization and in the universities I’ve worked in for a decade. This has brought people together who may not otherwise connect, and has helped me build a strong network (or “personal board of directors”). Honestly I think that being kind, even when it’s inconvenient, helps everyone achieve more. There’s a lovely new book out by two dynamic Australian women called WomenKind that really highlights the impact we can have on each other.

What fascinates you about your work, whether in a lab, on the water, in the field, in an office?

I love the intimate record of early life preserved in teeth, and the art of microscopic imaging. It’s really meaningful for me to carefully section teeth, prepare histological slides, and find microscopic lines formed at birth, during illness, and even up until the day of death in some cases. I also love being with primates in the wild, and visiting fossil sites where humans and their ancient kin are preserved. It’s still incredible to me that I have made a career out of following my curiosity!

What are some of the challenges you face in your STEM career and how did you address them?

I’ve had major issues with bullying and discrimination that unfortunately haven’t stopped. In some cases I’ve addressed them head on, calling out bad behavior, and in other cases I’ve doubled down and just done the best science I could despite these impediments. Some days I remind myself that the most radical act I can do is to just not quit.

Dr. Tanya Smith is a Professor at the Australian Research Centre for Human Evolution and the Griffith Centre for Social and Cultural Research at Griffith University. She has previously held a professorship at Harvard University and fellowships at the Radcliffe Institute for Advanced Study and the Max Planck Institute for Evolutionary Anthropology. Dr. Smith explores the evolution and development of the human dentition. Teeth preserve remarkably faithful records of daily growth and infant diet – as well as stress experienced during birth – for millions of years. Her research has helped to identify of the origins of a fundamental human adaptation: the costly yet advantageous shift from a “live fast and die young” strategy to the “live slow and grow old” strategy that has helped to make us one of the most successful mammals on the planet. Dr. Smith’s research has been funded by the US National Science Foundation and published in Nature and Proceedings of the National Academy of Sciences. It has been highlighted in the New York Times, National Geographic, Nature, Science, Smithsonian, and Discovery magazines, as well as through American, Australian, British, Canadian, French, and German broadcast media.