“Nothing is more rewarding for a founding AWIS member than to see our vision for empowering women in STEM become a reality.” 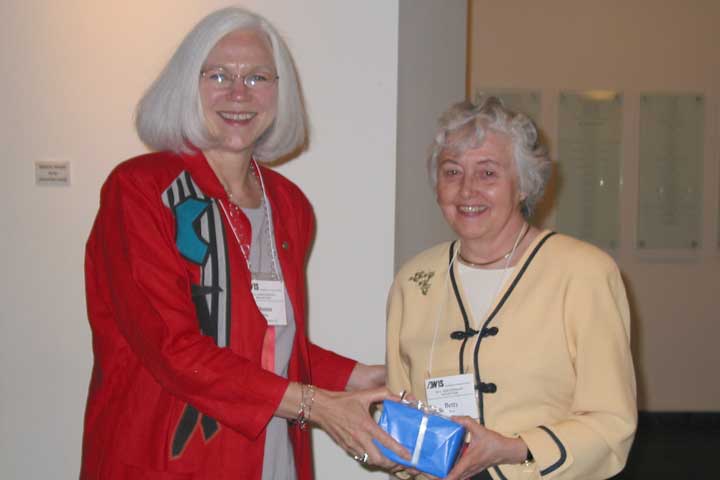 Reflecting back, what are you most proud of doing as the AWIS Board President?

When I took the helm as President of the AWIS National Board in 2004, I had a vision and a platform that included raising funds for an endowment. In celebration of AWIS’s 40th anniversary, we launched the AWIS Legacy Fund in 2008. This fund was established to honor the lifetime achievements of pioneering women by investing in the future of women’s leadership in science, technology, engineering, and mathematics (STEM). Nothing is more rewarding than seeing your vision to empower women in STEM become a reality.

What are some of the professional accomplishments you’ve achieved in your STEM career?

I have a long history of tackling the tough assignments. In 2005, I organized AWIS’s National Conference for Women in STEM Disciplines at Smith College to assess the progress made on the seven recommendations of the 1995 National Science Foundation (NSF) Conference—Women & Science: Celebrating Achievements, Charting Challenges, a joint effort of the seven directorates of NSF—and to make specific recommendations for a research agenda for the next decade.

What key roles have you held during your career?

As provost of the University of Hartford in the mid-1990s, I was responsible for getting the institution back on solid financial footing. In addition to teaching physics at a number of colleges and universities around the country, I served on the faculty of Smith College for twenty years. I am an author, and I’ve worked as a consultant for a variety of corporations and government agencies.