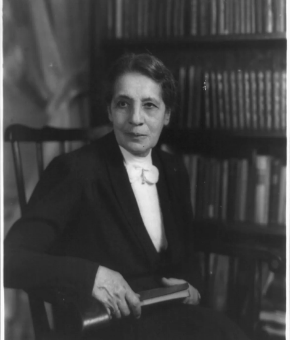 Lise Meitner was a revolutionary chemist known for her work on the Auger effect, a physical phenomenon relating to atoms and their electron vacancy. In 1901, Meitner enrolled at the University of Vienna to study physics under her mentor, Ludwig Boltzmann. In 1906, she earned her doctorate degree and went on to study with fellow scientists, Max Planck and Otto Hahn whom she had met earlier.  For the next 30 years, she led the chemistry department in Berlin’s Kaiser Wilhelm Institute for Chemistry and studied radioactivity, later discovering protactinium. In 1938, she was forced to leave Germany and fled to Sweden to continue her work at Manne Siegbahn Institute in Stockholm. Meitner’s work was discredited at times due to discrimination against women in science. She met Hahn again for his support for another series of experiments. Evidence for the nuclear fission process was evident during their experiments and in 1939, Meitner published their findings. Their discovery led many other scientists including Albert Einstein to issue a warning to President Franklin D. Roosevelt which later prompted the Manhattan Project. Hahn was awarded the Nobel Prize for Chemistry in 1944, but Meitner’s work was not mentioned. Meitner, Hahn, and Strassman were awarded the Enrico Fermi Award in 1966 in order to rectify the discrediation. She died on October 27th, 1960 shortly after retiring. In 1962, the element Meitnerium was named in her honor and her dedication to science.