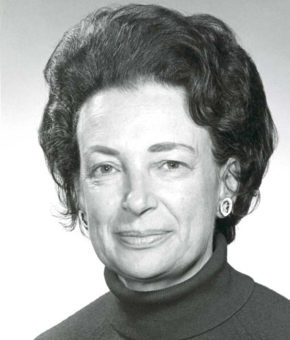 Her dissertation was on the electrophysiology of muscle fibers. She worked in the laboratory of neurophysiologist Ralph Waldo Gerard at Hobart College. In 1942, Pool, Gerard, and another researcher published a paper in which they described the use of a microelectrode to record electromagnetic impulses in frog muscle fibers. Gerard furthered the research and was nominated for a Nobel Prize in 1950.

In 1953, Pool divorced and became a research fellow at Stanford University’s School of Medicine and began to do blood coagulation studies. She discovered that when fresh frozen plasma is slowly thawed, it separates into layers. The bottom layer has heavy concentrations of antihemophilic factor (AHF), ten times more than fresh plasma. The concentrated residue was called cryoprecipate, or cryo for short, because it was precipitated by extreme cold. This layer could be removed and refrozen for a year, revolutionizing the treatment for hemophilia. Patients needed smaller transfusions which was safer, and it was relatively inexpensive and easy to prepare. The procedure quickly became the standard.

Pool and her colleagues first published the procedure in Nature in 1964. She co-wrote a similar article for the New England Journal of Medicine in 1965. She received numerous awards including the Murray Thelin Award of the National Hemophilia Foundation in 1968 and the Elizabeth Blackwell Award from Hobart and William Smith Colleges in 1973. In 1975, the University of Chicago gave her its Professional Achievement Award. She was a member of the scientific advisory committees of the National Institutes of Health and the National Hemophilia Foundation, which renamed its research fellowship the Judith Graham Pool Research Fellowship in her honor.

Pool remained at Stanford throughout her career, except for the year she spent in Oslo, Norway, as a Fulbright research fellow (1958-59). She gave birth to a daughter in 1963 at the age of 44.

She founded and chaired the Professional Women of Stanford University Medical School organization, was a founding member and co-president (along with Neena Schwartz) of the Association for Women in Science in 1971, and was a member of the AWIS steering committee from 1972 to 1973.