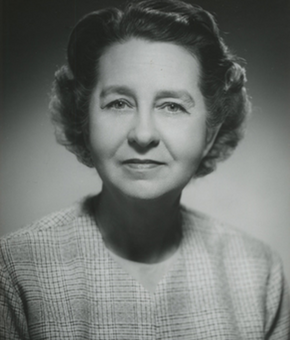 Professor
Elsie Quarterman was known for her ambition and drive as a professor of biology at Vanderbilt University. In 1932, she graduated from Valdosta State University with a bachelor’s degree. In 1943, she earned her master’s degree in botany from Duke University. She then joined Vanderbilt University as a biology professor and by 1948 was named an assistant professor. While still working at Vanderbilt, Quarterman later earned her PhD in 1949 from Duke University in plant ecology.
By 1952, Elsie was named associate professor at Vanderbilt. Soon after, she was asked to complete the first tree inventory in the university’s history with the Vanderbilt Garden Club. Quarterman became the first woman to serve as an academic department chair at the university and is best known for her rediscovery of the native Tennessee coneflower, Echinacea tennesseensis, in 1969. Her efforts worked to create more populations of this plant within the cedar glades. By August 2011, it was removed from the endangered species list. Quarterman’s efforts through both research and teachings have left a remarkable impact on the scientific community that will never be forgotten as her legacy lives on.
Learn more at news.vanderbilt.edu
« View all our Featured Historical Women Scientists AWIS In Memoriam »