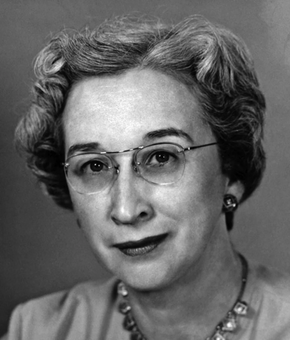 Dr. Sarah Elizabeth Stewart was a bacteriologist whose work contributed to creating the HPV vaccine. In 1927, Stewart received two bachelor’s degrees in home economics and general science from New Mexico State University in Las Cruces. By 1930, she earned a master’s degree in microbiology from the University of Massachusetts and became the first bacteriologist at the Colorado Experimental Station at Fort Collin. In 1939, she completed her PhD at the University of Chicago while working at the National Institute of Health (NIH).

After leaving the NIH in 1944, she sought to understand the connection between viruses and cancer. In 1949, at the age of 43, Stewart became the first woman to earn a Georgetown medical degree. Inspired by Ludwig Gross’s work on leukemia in mice in the 1950s, she worked with Bernice Eddy to publish “Neoplasms in mice inoculated with tumor agent carried in tissue culture” in 1957. Their work proved that viruses can cause cancer.

Dr. Stewart continued to research viruses until 1974. In 1976, she lost her battle with ovarian and lung cancer.