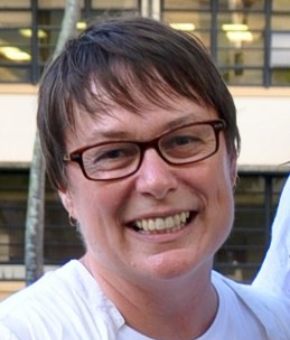 Biologist
Ruth Gates was a well-known marine biologist whose work focused primarily on preserving coral reef areas. She married Robin Burton-Gates, whom she met in college. Gates earned her bachelor’s degree in biology at Newcastle University in 1984 and later pursued her PhD in cnidarian-algal symbiosis in 1989. During her postgraduate career, Gates became exposed to the results that bleaching coral caused by increasing sea temperatures. She spent over thirteen years working as a researcher at the University of California, refining her cellular biology, molecular genetics, and evolutionary biology skills. She later founded the Gates Coral Lab at the Hawaii Institute of Marine Biology, which participates in cutting-edge research to help stabilize and increase efforts to protect coral reefs.
Gates was also a mentor, public speaker, science communicator, and advocate for climate change and its adverse effects on our environment. Gate’s efforts toward climate change and the conservation of coral reefs will consistently be recognized as her foundation continues her outstanding work.
Learn more at www.nytimes.com
« View all our Featured Historical Women Scientists AWIS In Memoriam »