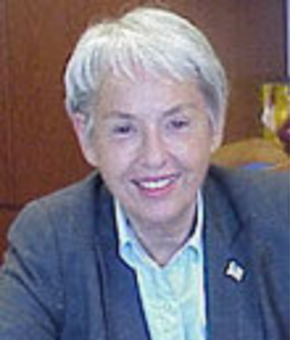 Dr. Mary E. Clutter. She was predeceased by her parents; her brother Frank P. Clutter; and her loving sister Martha C. Ermlich. She is survived by her brother Thomas N. Clutter (Barbara); her nephews Scott (Louise), Matt (Sarah); her brother-in-law F. Kenneth Ermlich; her nieces Jane and Christiane (Mark Heckathorn); her nephew Kenneth (Bridget) and six great nieces and nephews.

Dr. Clutter had an illustrious career and was a staunch advocate for women in the sciences. Dr. Clutter was born on March 29, 1930 in Charleroi, PA to Frank and Helen Clutter.

She received her B.S. from Alleghany College and her master’s degree and Ph.D. from the University of Pittsburgh. Dr. Clutter was a research associate at Yale University from 1962 to 1973 and a lecturer from 1965 to 1978. Dr. Clutter initially agreed to a one-year research appointment at the National Science Foundation but her passion for the field was recognized and she became the Program Director for Developmental Biology in 1976.

She personified the model public servant, serving under four presidential administrations spanning almost three decades. She held several positions, retiring in August of 2005 as the Assistant Director of the National Science Foundation. Dr. Clutter was on many distinctive organizational boards, and received numerous awards including the Meritorious and Distinguished Executive Presidential Rank Awards from Presidents Ronald Reagan, George H.W. Bush and William Clinton.

Dr. Clutter was not complacent upon retirement, she persevered by consulting and traveling the world sharing her knowledge and focus for the advancement of science. She passed away peacefully on Monday, December 9, 2019 leaving behind a legacy of notable work in the scientific community especially in regard to her achievements in the area of plant genome research. Her legacy will live on through the future advancements in science.

Excerpted from the original publication in The Washington Post dated Dec. 22, 2019.