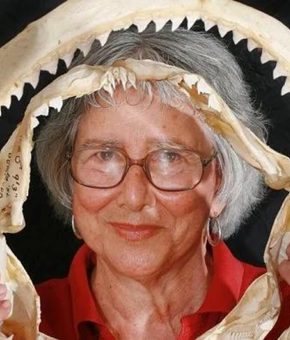 Dr. Eugenie Clark was an ichthyologist who was noted for her research, specifically on poisonous fishes and the behavior of sharks in their environments. She graduated from Hunter College and New York University (NYU). In 1950, her research on the live-bearing reproduction of platy and swordtail fish earned her a doctorate from NYU. She became a research assistant at Scripps Institution of Oceanography in La Jolla, California, from 1946 to 1947. Clark published and participated in numerous studies that focused on the characteristics of pufferfish, triggerfish, and clownfish. Based on her data, Clark wrote hypotheses on how different species of fish survived within their environments, mainly when they interacted with other organisms. One of her most known discoveries was finding out how whale sharks gave birth to their young, especially since many theories weren’t true. Clark became a tremendous contributor to the National Geographic magazine, writing fan favorites such as “The Lady with a Spear,” “Lady and the Sharks,” and “The Desert Beneath the Sea.”