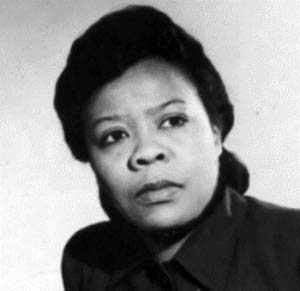 Bessie Blount was a physical therapist and inventor that created a medical device that could feed patients.

She was born in Virginia in 1914 but moved to New Jersey to pursue a degree in physical therapy. After she graduated, she helped World War II veteran amputees regain mobility.

She noticed that many of the amputees were unable to feed themselves, so she came up with a device that could deliver food to a patient’s mouth at their own pace. In 1951, she received a patent for an upgraded version of her original invention that included a neck brace and tableware. She tried to sell her ideas to the American Veterans Association, but they were uninterested.

Eventually, she gave the French government the rights to her inventions. She continued to innovate, becoming friends with Thomas Edison’s son and creating a medical basin.

In 1969, she found interest in a new field of study- forensic science. She worked in law enforcement and 8 years later, she became the first African-American woman to be invited to train in Scotland Yard in England.