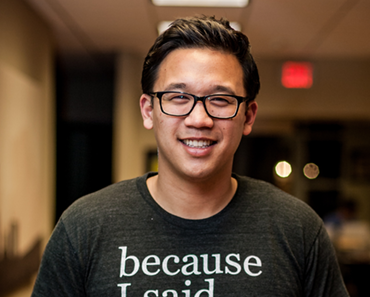 AWIS Webinar – Because I said I would: The science behind a promise.

We live in a society that often does not respect the importance of a promise. It is too easy to say “I’ll get to it” or “tomorrow.” In many ways we have become numb to disappointment and broken commitments. This expectation starts to fade into our character as individuals. Alex Sheen believes that every individual has the strength to become a person of their word.

As the Founder of an international social movement, Alex shares his insights and actionable ways to become better at fulfilling commitments. He inspires others to become more accountable to their promises through compelling and real-life examples from the because I said I would movement. Alex convincingly illustrates how integrity and keeping your promises are forever interwoven. He discusses how holding ourselves and each other accountable truly changes humanity for the better.

Alex Sheen is the founder of because I said I would, a social movement and nonprofit dedicated to bettering humanity through promises made and kept. Sparked by the loss of his father, Alex and his organization send “promise cards” to anyone anywhere in the world at no cost. Alex is someone who truly honors commitment. He once walked over 240 miles across the entire state of Ohio in 10 days to fulfill a promise. In just two years, because I said I would has sent over 12.3 million promise cards to over 153 different countries. The promises written on these cards have made headlines around the world. Alex is a five time Tedx Talk speaker and his charitable work has been featured on ABC World News with Diane Sawyer, CNN, The Today Show, NPR, The Los Angeles Times and many other programs.”